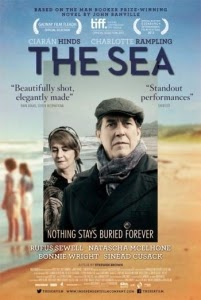 John Banville is one of Ireland’s greatest literary sons of recent decades. In 2005, he won the Man Booker Prize for The Sea, a tale of a man in later life consumed by both a dark secret from his youth and the recent death of his wife. Banville now adapts his own work for the big screen, directed by Stephen Brown. A heady meditation on grief and nostalgia, Banville’s poetic masterpiece is transformed into a middling drama with Ciarán Hinds in the lead as art historian Max Morden. After the death of his wife, Anna (Sinéad Cusack), Max is compelled to return to the coastal village of his childhood in order to lay to rest the ghosts of the past, visiting a boarding house governed by Miss Vavasour (Charlotte Rampling). 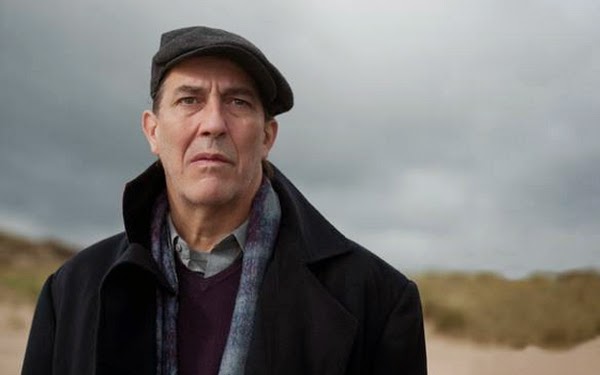 Like the novel, the structure here is non-linear, oscillating between the hot summers of Morden’s childhood and the more grim present day. In the past we encounter the bohemian Grace family: the philandering Carlos (Rufus Sewell), his blonde-bombshell wife Connie (Natascha McElhone) and their prim but spiteful children Chloe and Myles. In such moments, John Conroy’s cinematography shows off the seaside idyll, drenched in a glowing sun. The 12-year-old Max (Matthew Dillion) becomes increasingly fascinated with Chloe, despite her penchant for cruelty and the stern glares he receives from their young nanny Rose (Bonnie Wright). These moments fondly recall the first tingling of sexual awakening and the pain they bring, all of which leads to a much darker tragedy.

The present is a different story, we see Hinds stumbling in drunken bouts of grief and rage, visited by spectral memories of his wife as is she is gradually consumed by cancer. Brief, soft conversations are held with Miss Vavasour, and the only other resident of the boarding house, the aged Blunden (Karl Johnson). Hinds is our Virgil, guiding us through this web of memories, but he is not to be trusted. Addled by alcohol and consumed by grief, Morden retreats to the past to attempt to understand his present, or at the very least finally lay to rest a sense of guilt that has plagued him for decades. Jumping between timelines creates an ethereal, otherworldly atmosphere.

Themes of class divide, sickness and aging are woven together, but all lack the depth and immersive quality that is found in Banville’s novel. Brown’s The Sea loses the dexterous fluidity of the novel, its hypnotic quality that draws you deeper and deeper into Max’s character. As always with film, exposition is in action and dialogue, and whilst the stalwart talents involved bolster this drama, we soon realise that the fascination is not to be found in what is happening, but how what is happening (or happened) is handled. Disappointingly, it would appear Brown currently lacks the necessary deftness of touch not to sink beneath the weight of Banville’s source text.