To coincide with the release of Mark Cousins’ A Story of Children and Film (2013), Filmhouse Edinburgh are rolling out The Cinema of Childhood – a touring film season exposing audiences to some of the rarest film’s covered in Cousins’ passionate celebration of childhood and film. The season launches this week with Mohammad-Ali Talebi’s Willow and Wind (1999), a poetic and beautifully realised allegory for the disquiet felt in Iran at the turn of the century. Written by Abbas Kiarostami, this simple tale of a young boy’s quest to replace a pane of glass broken during a playground football match is transformed into an adventure of tremendous poignancy thanks to the brevity of Talebi’s direction. 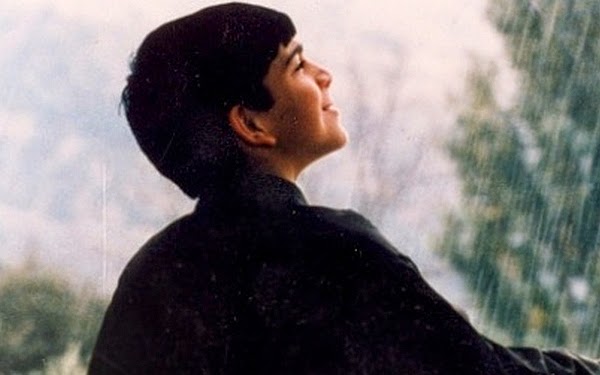 Willow and Wind begins with the forging of a friendship between two children; Razam, a new boy at school, and Kuchakpourso, the one who’s responsible for the smashed pane. Kuchakpourso has been instructed to replace the glass or face expulsion so the pair embark on a journey to borrow the money required form Razam’s parents,who charitably oblige. However, Kuchakpourso is forced to gather the large sheet of glass alone, struggling through gale force winds and perilous terrain in order to return to the school and repair the pane himself. Capturing the candour and endearing optimism of youth within the framework of a modest plot allows Talebi to let us experience the world through the uncorrupted vantage of a child, going as far as to fix his camera at Kuchakpourso’s eye-level throughout.

Willow and Wind is derived principally of an oppressive ambiance of hopelessness, with the anxiety that blusters through the cacophonous gale force winds turning this humble expedition into an almost unwatchable confrontation between doomed perseverance and unyielding misfortune. This humanist study of life in Iran employs subtle symbolism to embellish its minimal plot, culminating in an affectionate and powerfully tense adventure. Kuchakpourso is the brittle willow twisted and pushed to breaking point by the harsh winds that epitomises the oppression opposed by the violent student protests of the July 1999 revolt. The presence of the wind is ubiquitous throughout the film, an antagonist shrouded within the elements and an unrelenting force of opposition.

However, as the film moves towards its nervy conclusion, it’s clear that the fraught political climate and growing censorship in Iran is Kuchakpourso’s true obstacle, with the fragility of the glass representative of the hopes and dreams of an entire generation. Each step of Kuchakpourso’s struggle to carry the glass home forces the audience to cringe and wince, praying that he completes his goal – with Talebi giving us only the vaguest glimmer of hope by means of the kindness of strangers. Willow and Wind is a tremendous film, full of compassion and the endearing essence of youthful optimism that truly deserves to be enjoyed by a wider audience.