It’s a well-known double standard: women are labelled as ‘sluts’ for being sexually liberal, whilst promiscuous men get a pat on the back for their numerous conquests. Or, as one young woman in Sunny Bergman’s candid Doc/Fest selected documentary Slut Phobia? (2013) puts it, “they organise a parade for him and bring out the confetti cannons”. Well-known, yet little explored, as Lars von Trier’s recent Nymphomaniac (2013) loudly declared, female sexual desire is a gender-specific form of deviancy. With the intention of interrogating this prejudice, Bergman travels the UK, America and Holland, inviting people into her interview tent to confess their attitudes towards female sexuality. 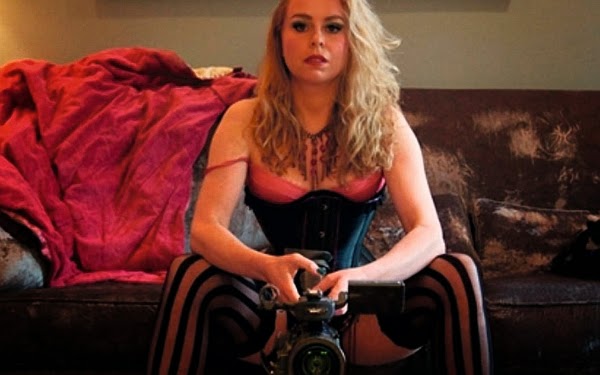 Ultimately, Bergman wants to know whether, fifty years following western culture’s ‘sexual revolution’, are women finally sexually free? The answers she receives are generally predictable. “How many people have you slept with?” she asks. Most women are coy in giving up their ‘number’. Men, on the other hand, are happy to divulge the information that they have slept with too many to remember. “But definitely triple figures,” claims one. “Am I a slut if I’ve slept with 35 men?”, the 40-year-old filmmaker asks three teenage boys. “That’s disgusting,” replies one, bluntly. The question mark in the documentary’s title is one that’s been hanging over sexual politics for many years. Bergman digs around historical archives and talks to experts for a baseline understanding of where these social attitudes might derive.

In Victorian times, female sexual desire was a clinical disease, cured by either stimulating orgasm or ridding women of their burdensome sexual organs altogether. Bergman’s look at definitions of sexual freedom in contemporary culture is the most revealing. Today, women are free to exploit their bodies to gain power, the argument goes. Slut Phobia’s message is clear: at a porn convention where overt female sexuality is hardly taboo, the women she encounters seem less free than they do moulded by a larger force. A very visible presence in the film, Bergman questions her own complicity in a culture in which women are valued mainly in their ability to appear sexy to men. Although insightful and thought provoking, Bergman’s discussion rarely deviates outside of heterosexual male/female relationships and behaviour. Her findings, therefore, are based upon what can be considered as essentialist or normalised definitions of gender and sexuality. However, her semantic approach to understanding ‘slut phobia’ as a social construct with roots in wider female oppression is still a refreshing accomplishment.