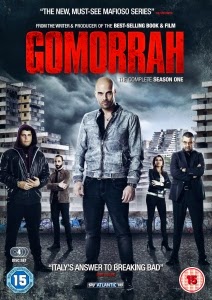 ★★★★★
Narrative is the base from which elemental passages are forced upon our gaze. In recent years the very idea of watching narratives unfold over 8-12 hours had been the preserve of formalist cinema and its adherents, whether that be the likes of Béla Tarr (Sátántangó (1994), 7h12m) or Lav Diaz (Evolution of a Filipino Family (2004), 10h47m). Now the norm within Television is using narrative akin to the great Victorian novels and allowing characters to grow and breath, existing outside the prism of the forced hegemony of a Western narrative that is breathing its last breath and is forced to rehash tropes of action and romantic cinema for the masses. 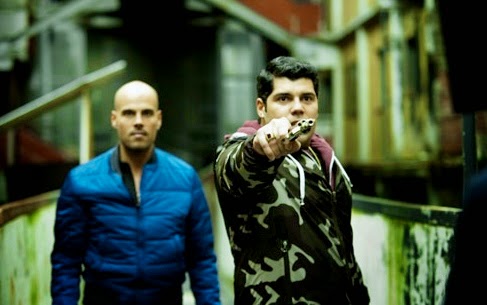 Gomorrah (2014) originated from the eponymous novel by journalist Roberto Saviano which was later turned into an acclaimed film by Matteo Garrone in 2008. Such was the success of the book and film that Saviano has been threatened by several Neapolitan “godfathers” and now lives in a secret location – and to this day lives under 24/7 police protection wherever he is in the world. The space for an international TV longform crime drama was set by Stefano Sollima’s TV spin-off of Michele Placido’s Romanzo Criminale (2005). The show dealt with the Rome underworld in the 70s and carried on right through to the 90s. Sollima has directed 7 out of the 12 episodes of Gomorrah and has proven himself to be adept at the internal structures of different variants of Italian crime life.

There’s less of the grand operatic baroque of Romanzo Criminale and something distinctly Neapolitan with Gomorrah. The first season focuses on the Savastano clan and its battle for supremacy with a rival family. Head of the family is Pietro a seemingly bureaucratic businessman who we slowly discover rules with an iron fist. Whilst he’s in jail a power vacuum is left and fought over by his inept bovine son Genny, his wife Imma and trusted lieutenant Ciro (also known as the “immortal”). Known narrative archetypes within the genre of gangsterism are to be looked upon but Gomorrah is more interested in character, space and location than lustful violence and thrills. Our conduit to this world is Ciro, a character we’re introduced to as he and a colleague attempt to burn a rival and his mother to death. We follow Ciro through his slow ascent, as Don Pietro is imprisoned and Genny rises from a porky spoilt scion to a powerfully dangerous powderkeg.

Sollima drops us in to a society that is closed off to outsiders, and we as observers have to think on our feet as exposition is not part of his plan. We have to focus on overheard snippets of dialogue with characters known only by their nicknames: ‘Bookie’, ‘African’, etc. One of the integral elements of Gomorrah is the location, shot in Scampia, a locale that is made to come alive in its crude and ugly living reality. It’s an area where the existence of the Camorra is a fact people live with every day and its tentacles reach from the lowly housing estates to the political class and national industry. It’s a critical cliché to talk about David Simon’s representation of Baltimore in The Wire (2002) from top to bottom but it will be interesting to see where future series of Gomorrah dare to tread. A finely nuanced look at an anti-Italy, Gomorrah is a real existential portrayal of a time and a place that easily fits within the paradigm of the great Victorian novel, adroitly analysing societal constructs in a non linear manner.