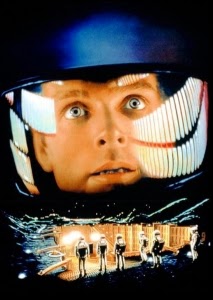 ★★★★★
There are certain works that define the experience of what cinema is, and because of this they become difficult to create a discourse around. Stanley Kubrick’s masterpiece 2001: A Space Odyssey (1968) is such a film. The idea of contemplating and theorising Kubrick’s iconic film and then having to put these thoughts into words which will become sentences which will become paragraphs and eventually a published review are as hard as a simple explanation as to why one should go see 2001. To coincide with the BFI’s Sci-Fi season: Days Of Fear And Wonder, we have upon us the reissue of this unsurpassed conjunction of image, music and philosophical awe that becomes more of a puzzle the more you see it. 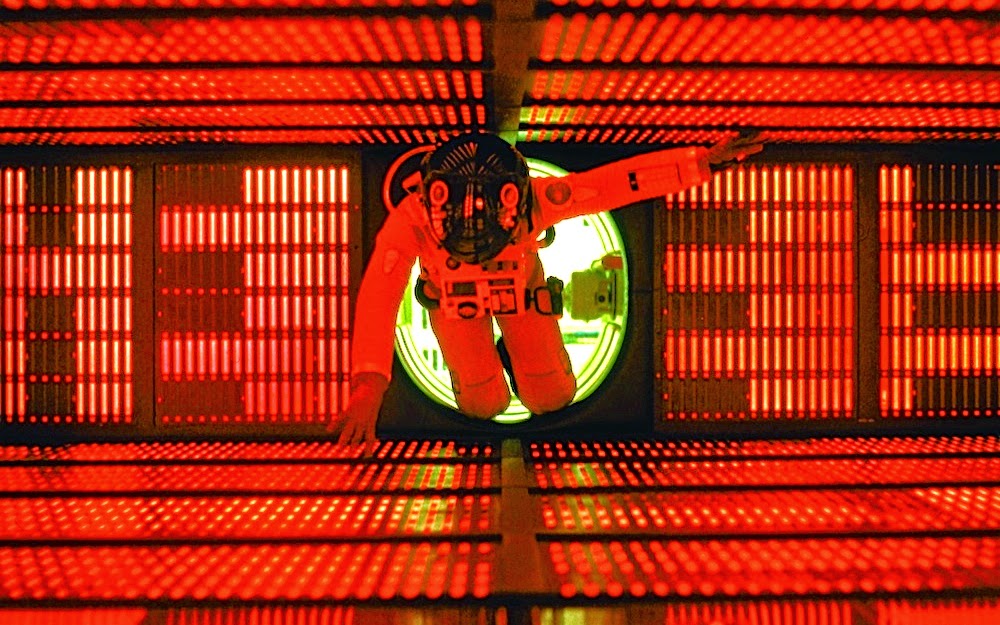 You stare and ponder the ideas of the infinite and our infantile role in the universe. If anything 2001 is too much, too soon and it staggers belief that Kubrick created it in 1968 and still nothing has come close on technological level. The film is split into four distinct sequences, which has lead many to look at Kubrick’s opus as a symphony of cinema. The first sequence: The Dawn Of Man features a tribe of herbivorous early hominids who are foraging for food only to be attacked by another tribe of apes and forced to flee their watering hole. From here they discover a black monolith (which is the link throughout all the film’s ‘movements’) and are inspired to use a bone as a tool to usurp their rivals – a scene that leads to one the most imitated match cuts in visual culture, that of the bone and a spacecraft.

The next two sequences deal with the discovery of the monolith from the first sequence and the consequences that will lead us to the coup de cinema denouement which is in fact only the beginning of an existential leap to the unknown. It’s perhaps the film’s third sequence that people will know even if they haven’t seen 2001, and that involves HAL 9000, the spaceship’s onboard computer that is supposedly “foolproof and incapable of error”, and whose presence illuminates the possible dangers of Artificial Intelligence. The secret mission is heading to Jupiter and the black monolith in an attempt to discover it’s origin and purpose. From here we head to the end which will launch humanity to it’s conclusion.

For the detractors of 2001 and lovers of the false dichotomy of plot the eternal claim of no drama always rings out. Taking this nonsense at face value is laughable, the point of 2001 is not its drama but its philosophical experience and the monumental questions of historical discourse it evokes. That is what links it to the birth of existential enquiry and in particular Socratic questioning of ourselves, our surroundings and the potential of possibility of the unknown. At it’s base level 2001 is all cinema for all people, we can take what we need and desire from it. It speaks from the infinite to the indigenous hopes and dreams of what may come. Inside all that is a dual force of mystery and awe that continues to amaze us with it’s possibilities of both humanity and a cinema that within the Western world has seemed to be forgotten.