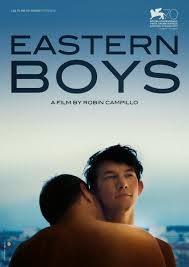 Writer and director Robin Campillo (The Returned 2004) surely has a taste for exploring intricate social themes and his latest effort, Eastern Boys (2013), demonstrates that no topic is too large. A whirling vortex of information and emotion, Campillo’s subjects are strangely unknowable yet unbelievably intriguing. The film’s opening scene takes us to the famous Gare du Nord in Paris where we’re introduced to a group of young men and a lone figure tailing them – a mysterious French man who is clearly interested in one of their number. However, this interest is far from innocent and has wide-ranging consequences for the whole group. 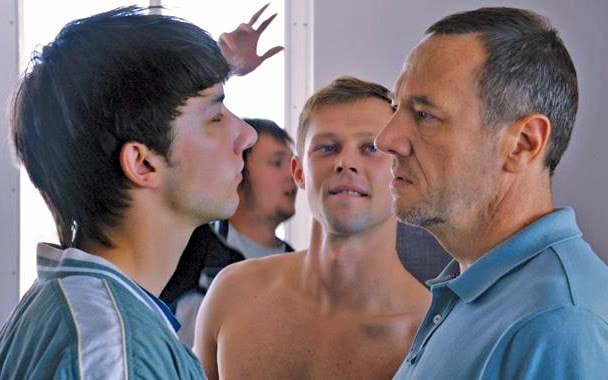 Eastern Boys is an assault on the senses from start to finish. The film’s opening few minutes contain no dialogue, just the hustle and bustle of the train station. This narrative subterfuge leads to intense scrutiny of every facial expression and an unavoidable focus on every intricate detail held within the frame. The search for a clue, any clue, continues until a single, short conversation sets the roller-coaster in motion. This conversation, between Daniel (Olivier Rabourdin) and Marek (Kirill Emelyanov), marks the start of a relationship that will define the film in ever changing ways. These two characters, delicately portrayed by Rabourdin and Emelyanov provide the emotional heart of the ensuing chaos despite their relationship having a most awkward and inauspicious beginning.

The film’s metaphoric representation of the impact immigration can have on the fortune of a host country and those who seek a less hostile, more stable situation is inescapable. The pace with which the screenplay unfolds allows for moments of quiet and small amusements to endure and seize the audience’s attention. Jeanne Lapoirie’s cinematography and Arnaud Rebotini’s score impact upon the senses in a very singular way. Lapoirie’s imagery is wonderful despite its focus on the grey suburbs of Paris, with these endless shots of the expansive Parisian skyline hinting at the freedom that could be afforded to this motley crew of Eastern European immigrants. Equally, Rebotini’s score is perfectly attuned to the needs of each scene and becomes noticeably oppressive at times of extreme emotional conflict.

At a time when immigration is, yet again, one of the most hotly discussed topics across Europe, Campillo has taken up the mantle for providing a slice of sanity for those who desire justice for the unfairly maligned in the current media discourse. The subject matter does not lend itself easily to banal dissection and across four distinctly named sections, Eastern Boys cleanly escapes any accusation of blandness. An emotional uppercut of a film, Campillo’s latest is one which may take several days to fully recover from.