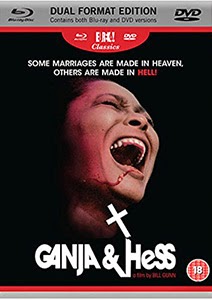 The inspiration for Spike Lee’s upcoming Da Sweet Blood of Jesus (2014), Bill Gunn’s 1973 vampire-but-not-quite film Ganja & Hess is being re-released by Eureka! on DVD and Blu-ray. It is a strange creature of the night; jumping back and forth in time, sometimes repeating itself in detail, eliding other important passages entirely. A concise and coherent plot summary is difficult. Dr. Hess Green (Duane Jones) is stabbed by his colleague George Meda (writer-director Bill Gunn) with a relic from an ancient African civilisation. When he wakes up the next day, he is unharmed and finds himself with an incurable hunger for human blood. 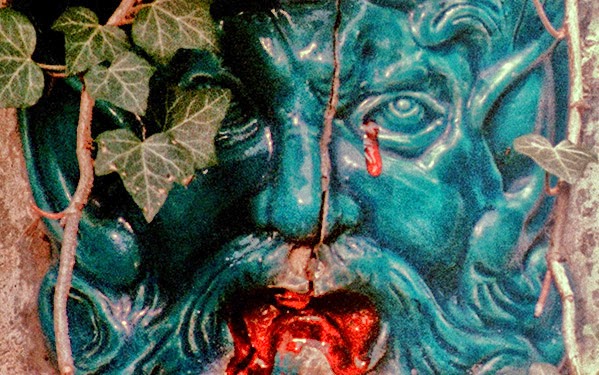 Meda, believing that he has killed Hess, commits suicide. When Meda’s wife, Ganja (Marlene Clark), comes looking for her husband, she and Hess are attracted to each other. The strangeness of the film extends beyond its approach to structure: it mashes together African and Christian symbolism, dedicating lengthy sequences to Hess’s visits to church. Within its protagonist it suggests a conflict between his position as an upstanding, modern, American professional and his heritage, which is both the subject of his academic inquiry and the source of his disease. Despite his desire for blood, Hess doesn’t appear to have any other symptoms traditionally associated with vampirism: he can walk around in daylight; his reflection is visible; he can consume ordinary food and drink alongside blood.

Formally, Gunn’s picture resembles some of the other more left-field films of the era; there’s a dash of Easy Rider (1969) and the work of Nicolas Roeg in Gunn’s use of zoom lenses and methods of scene transition. All of the visual abstraction is underlined by harsh, abrasive sound design. Jones and Clark have an easy, comfortable chemistry that enlivens the movie considerably and goes a long way to making the film more accesible for an audience. The formal quirks are interesting to discuss but make it difficult to engage with – uneven, and rough around the edges as it is. However, given the material and the angles that Gunn seems to be working, it is entirely possible that the film’s lack of cohesion is a deliberate representation of the conflicts and contradictions held within its title characters. Akin to the bonelike dagger that triggers the infection, Ganja & Hess is a disturbing relic that is as confounding as it is effective.