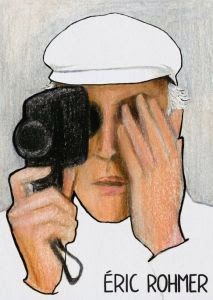 The penultimate picture in his Comédies et proverbes series, Eric Rohmer’s The Green Ray (1986) is his best work and arguably one of the greatest films ever made. It’s a film of unwavering humanity – unflinching in the face of prickly, tangled emotions – and yet it is defined by a strange, magical diversion towards the metaphysical. As summer closes is, we are drawn to the point where an act of faith can yield a completeness that transcends romance and happiness, and becomes something more whole, more ephemeral; a sense of inner peace. This is a picture about a seemingly impossible search and the flash of green celestial light at the end of it. The key to the spirit of the film lies in the deserted streets of Paris. 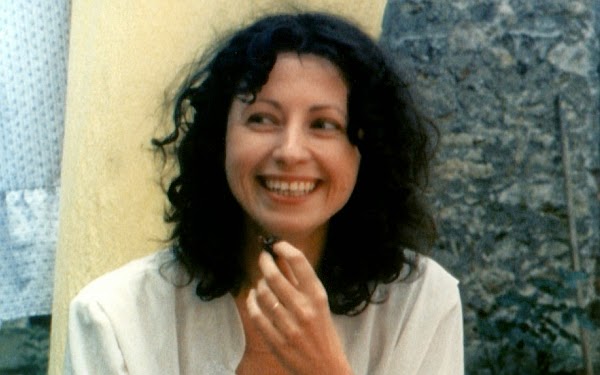 It’s almost like a period out of time, and Rohmer – who set many films during the summer holidays – treats it like a pilgrimage; exile from the clatter of real life in search of the self. In The Green Ray, Delphine (Marie Rivière) is a lonely Parisian secretary whose desire to escape the city conflates with her fickle romantic longings. Two attempts are abandoned before she ends up in the empty flat of a friend in the seaside town of Biarritz. All of the Comédies et proverbes series focused on female figures, but Delphine is the outlier. The other women are determined, moulding fate to their will. Delphine is at the mercy of fate’s tide, beset by shyness and indecision. Rohmer makes films where the interior life is wholly vocalised; characters muse and philosophise, finding truth in discourse.

Delphine talks, but she’s steadfast and prickly; her frustrations disrupt her sense of herself, leaving her unable to articulate the desires that lay beneath the emptiness within. Rohmer initially lures us into irritation with her; she is abrupt in the face of fluency and even prone to a bizarre form of sanctimoniousness. The empathy begins to emerge through the director’s expert framing; by placing Delphine so prominently in shots of groups, we start to see her vulnerability, amplified as her friends attempt to humour and comfort her. But what do we want for Delphine?

This is where Rohmer’s deceptively complex structure becomes apparent; this is not about the search for a man, it’s a search for the light. It becomes clear during a disastrous encounter with two would-be suitors in which Delphine refuses to play the game that cinematic convention dictates she plays. The moment recasts Delphine’s behaviour; she is not difficult, she is merely resistant to the expectations placed on her. The green ray – a meteorological phenomenon whereby a flash of green light is seen at the moment the sun sets below the horizon and into the sea – is said in the Jules Verne novel of the same name to magically reveal someone’s thoughts. For Delphine, it’s a promise.