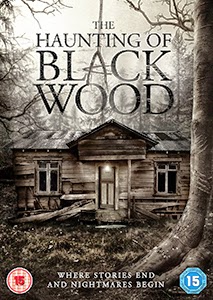 There have been a recent bumper crop of cabin in the woods pictures in recent years: Baghead (2008), Lars von Trier’s Antichrist (2009), Joss Whedon’s The Cabin in the Woods (2012), its excellent no-budget spiritual cousin Resolution (2013) and the Evil Dead (2013) remake. You’d be forgiven for thinking that there was nothing left for this particular sub-genre to reap. However, the genius of genre cinema is that – as Jean Renoir once noted of westerns – “They’re all the same movie. That gives a director unlimited freedom.” So, it’s not the cabin, the characters, the location or even the storyline that matters, but what you do with them. 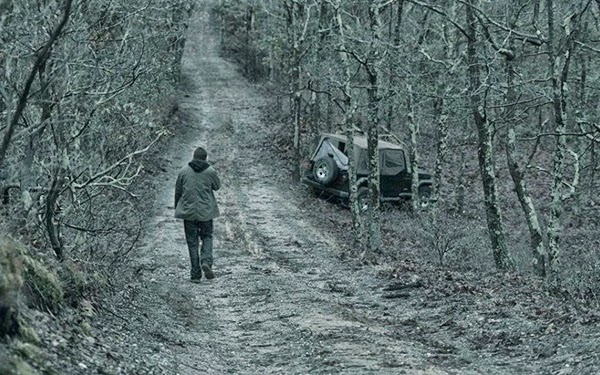 Released in the USA back in 2011 under an entirely different name (Enter Nowhere), Jack Heller’s The Haunting of Black Wood (2011) has had a title change from the oblique to key-word generic. Sara Paxton and Katherine Waterston are both excellent in their respective roles with only the bland presence of Clint Eastwood’s lad, Scott – who is definitely a chip off the old block – letting the side down. Paxton is best known for her association with the US indie horror scene, having appeared in Ti West‘s The Innkeepers (2011) and E.L. Katz’s Cheap Thrills (2013), but it’s Brit Katherine Waterston – currently in cinemas in Inherent Vice (2014) – who stand outs. Samantha, Waterston’s melancholic character, is both the narrative lynchpin and connecting thread to Paxton’s Jody and Eastwood’s Tom.

It is a quietly affecting performance and contrasts well next to Paxton’s Bonnie Parker wannabe criminal. Three complete strangers lost in the woods come upon a standard-issue cabin and realise they’re up shit creek sans paddle. But what has drawn them to this place and why are they disagreeing about what part of the country they’re in? The plot is structured to keep the audience guessing, and it does take the trio and the story to imaginative places. The Haunting of Black Wood is a smart and mostly satisfying tale of terror with an emotional core and thematic focus on how life choices and decisions can wreak havoc on future generations. Taking one familiar setup – the cabin in the woods – and bringing it together with a story that could easily have been an episode from Rod Serling’s The Twilight Zone, any genre flick fronted by strong female leads with a narrative trajectory, that is both gripping and poignant, will always make for recommended viewing.