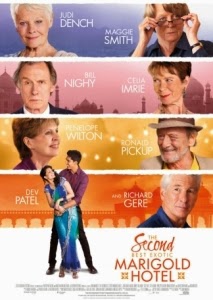 As the sequel to a film that hinted at a follow-up in the first outing’s final scenes, John Madden’s The Second Best Exotic Marigold Hotel (2015) offers just as much joy, heart and chuckles as its hugely successful predecessor. With director John Madden once again at the helm, the core cast is back to once again wend their way through a bustling Jaipur, dealing with new careers, young love and fresh beginnings in their twilight years. The audience is dragged into a world even more technicolored than before; one brimming with light and music, designed to evoke the eternal charm of India more prominently than ever. 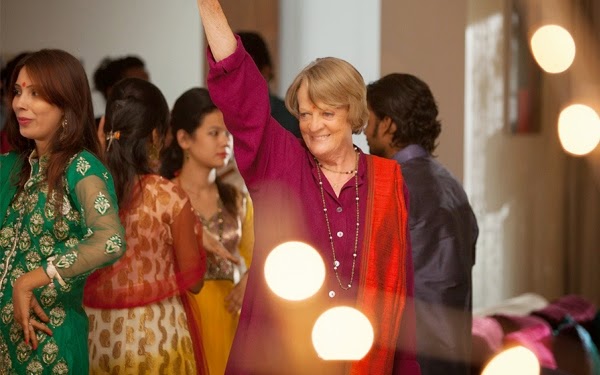 Set against the impending nuptials of lovebirds Sonny (Dev Patel) and Sunaina (Tina Desai), the septuagenarian quintet (with Richard Gere stepping in for Tom Wilkinson) find themselves eight months into their new life in Jaipur and keeping on its sunny side. Muriel (Maggie Smith) is helping Sonny run the hotel; Evelyn (Judi Dench) works for a textile import company; Douglas (Bill Nighy) plays roustabout tour guide, patiently waiting for Evelyn to return his romantic advances. Madge (Celia Imrie) and Norman (Ronald Pickup) run the affairs of The Viceroy Club, still playing fast and loose in matters of the heart. Yet again, they all face the tribulations and pleasures of their newly carved niches. In this second go-round, there is stability for all involved; it’s maintaining it that proves tricky.

The Second Best Exotic Marigold Hotel succeeds in its moments of comedy: Dev Patel once again rouses with his performance as the eternally optimistic and determined young entrepreneur. Maggie Smith, while giving her best iteration of English-bred directness, is given some of the best one-liners to date. Madden expands the world of the hotel further outside its walls to give more of a travelogue vibrancy to the staging; this new iteration of the city pulses and shimmers under the glimmer of the Indian sun. But for all its lightness in every form, this sequel still holds back on its previous failure wherein the players are rarely seen interacting with one another. Given the pedigree of the cast, you seem to be missing out on their potentially enjoyable repartee.

But the film is, at its core, a meditation on the sacred final years of one’s life. The foolish belief that just because someone is of a certain again signals the end of pleasures like love, friendship and careers is continually disproved within the boundaries of each character’s respective storyline. This renewal of life is saccharinely optimistic but, then again, this is the just the sort of film that should be allowed to revel in that. Time feels more precious now and each character is allowed more space to explore and grow out of the pasts that have shaped them, letting them come to empowerment for the future. The grey clouds that previously gathered over The Best Exotic Marigold Hotel (2011) have quickly scattered now. All that is left is hope.