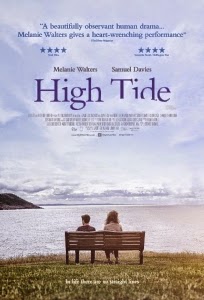 Sometimes it’s the most quiet, unassuming sorts of films that shed light onto the darkest of topics. The modern independent film is fertile land to sow these sorts of stories, the ones that tend to sneak up on the viewer. In High Tide (2015), the plot follows a mother and son on a Linklater-esque ‘one day journey’ across the Gower coastline of South Wales. As they move through the day as well as the land, old wounds are cut afresh, forcing the pair to find a way to stanch the flow of repressed turmoil as quickly as possible so that they may move on towards redemption. Bethan (Melanie Walters) and her son Josh (Sam Davies) have been cut adrift from each other. 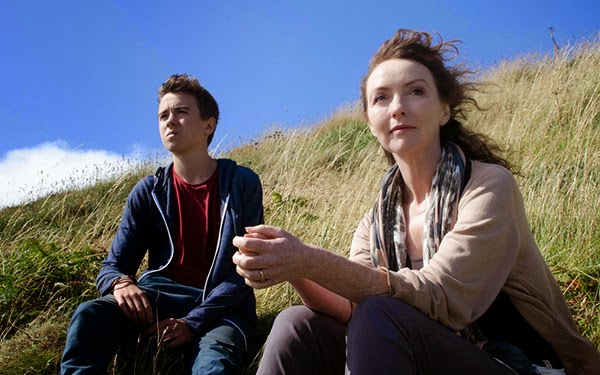 What begins as a strained morning drive to school, where Bethan will drop off Josh and return to another day alone with her melancholy, she makes the last-minute decision to pull her son from school and spend the day together. Much to Josh’s chagrin, the majority of the day is spent quietly walking along the coast, Bethan wheedling conversation out of him in an effort to connect. But, late in the day and in light of a heated exchange, the dynamics between Bethan and Josh shift dramatically. As a first outing for Long Arm Films, High Tide is an odd choice – though that’s not necessarily bad. Its machination works primarily through its dialogue; Bethan’s perspicacity of tongue contrasts sharply with Josh’s reticence. There’s a clear and unmistakable desire for connection and understanding from both sides involved.

They both seem unaware of the fact that they’re on the same side in this war. Through all the conversations about school, music, memories of family trips and the looming spectre of a husband and father we never meet, this is a film that also actively works out how one might be able to bridge a proverbial gap. Bethan’s tactic of taking a long walk along the coast is a delightful choice. The scenery that is captured on film not only shows that there is still the possibility to be captivated by nature but also can become a place to truly air grievances without anyone hearing; the latter might be the true key to Bethan’s choice of venue. Walters is captivating; she brings to life a woman who actively choose optimism, who fights to maintain her strength, daring to preserve her own agency even when it appears it may be lost. While the real keys to unlocking Bethan’s inner melancholy don’t come to light for a majority of the film, Walters manages to still imbue Bethan with thousand-yard stares that speak volumes, and beg to be understood. She, Bethan, is a woman at the eye of a hurricane and Walters grounds her adroitly, with a heady mix of levity and urgency. High Tide is a family drama that grapples with its own darkness amidst the daylight. It demands to be felt and heard at every turn. And after a long day of turmoil, it decides to leave you gloriously fumbling on the coastline as the tide rolls in.