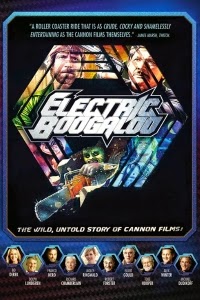 From 1979 to 1989, Menahem Golan and Yoram Globus were cinema’s premier purveyors of low-budget schlock. “It’s hard to say the words ‘Cannon Films’ without laughing” says one commentator at the very beginning of Mark Hartley’s documentary history of the company, Electric Boogaloo: The Wild, Untold Story of Cannon Films (2014). That is proved correct by a look at the inexorable rise of these two wannabe moguls whose dream was to be successful all over the world and who very nearly made it. Filled with affection, insight, and no little humour, it’s a hugely entertaining film that will prove popular with Cannon fans and those of moviemaking in general. 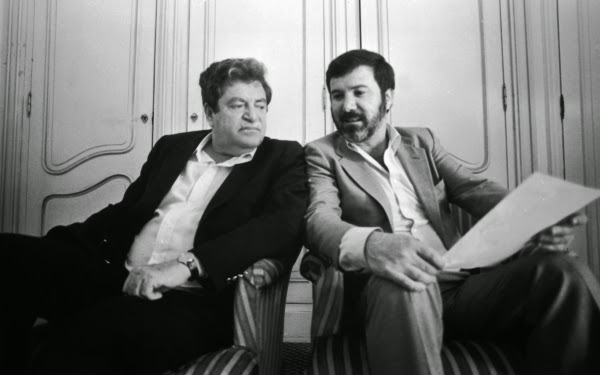 “Making a motion picture is practically being in a war,” asserts Golan in one of the many old video snippets in which he appears. He and Globus were approached to appear in the film but declined, only to produce their own doc on a similar theme named The Go-Go Boys (2014). True to form, they got it made more quickly and it beat Electric Boogaloo to the screen by a few months – though given the quality of their output throughout their careers, the safe bet is that this is the superior film. It tells their tale by splicing a wealth of talking heads with archive footage and, most enjoyably, clips from their back catalogue. From the Klaus Kinski-starring Schizoid (1980), to one of the bloated budgets that sunk the ship, Superman IV: The Quest for Peace (1987), there’s a veritable cornucopia of trash for Hartley to mine.

A particular highlight involves Lou Ferrigno (best-known for TV’s The Incredible Hulk) playing the lead in Hercules (1983) and punching a bear – with whom he was fighting, naturally – into space. Some argue that Cannon were the victims of film snobbery, but others chime that they peddled sexploitation and violence and were reckless and without scruples. Either way, what they did have, were business chops. Pioneering the idea of pre-sales to fund a picture they were “maybe the best film salesmen the world has ever known.” At one stage, they owned 40% of the British film industry as well as enticing directors such as Jean-Luc Godard and Franco Zeffirelli alongside the likes of Michael Winner and stable actors Charles Bronson and Chuck Norris. Despite the lack of any kind of quality threshold they dabbled both in patronage and sharp-toothed business. Hartley is careful never to underestimate this, paying heed to their success, forward thinking – evident in the likes of the zeitgeist capturing Breakin’ (1984) or Enter the Ninja (1981) – and their legacy alongside the funnier stuff. Anecdotes about audiences throwing complementary soundtracks at the screen after a showing of musical extravaganza The Apple (1980), or Golan’s deadly serious meeting with Clyde the orang-utan, will live long in the memory.