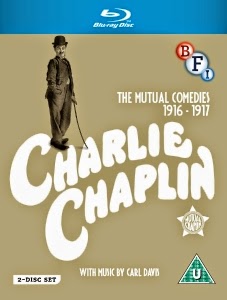 Signing a contract with a distributor rather than a studio might appear to be a very modern course of action for a star to take. But Charles Chaplin, the pioneer that he was, did such a thing way back in 1916, when he signed up to make twelve comedy shorts for Mutual Film Corporation. The deal was an industry sensation. He became one of the highest paid industry talents in the world. Chaplin co-wrote, directed and starred in a dozen films that showed off the true birth of a movie-making genius. He had directed plenty of times before, for Keystone and Essanay, and very successfully, but this contract with Mutual foreshadowed the industry quip about the lunatics taking over the asylum. 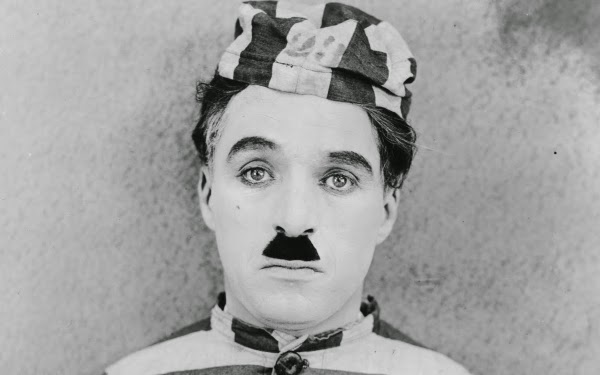 It was a gamble, certainly, and such a large amount of control over every facet of production given to an actor/movie star even to this day feels remarkable. Chaplin described this period as among the happiest of his professional life. Digitally restored (scanned at 2K resolution and sourced from a variety of surviving 35mm elements), the comedies are gems of the silent era. Watching them, we see Chaplin’s further progression as a filmmaker and screen performer: balletic chaos matched to resonant themes. Pathos and sentimentality were used to make stories resonate beyond having a good laugh. Easy Street and The Immigrant are arguably the masterpieces.

These two standout films among The Mutual Comedies demonstrate an increased conceptual sophistication – even when he was making up and refining aspects of the story as he went along. Chaplin wanted to move his fans emotionally as well as make them laugh. Captivating stories of the little guy battling social adversity was his remit, and became our joy. And he knew all about such rotten luck from life experience. Not just as an immigrant to a new country, but a childhood that was properly Dickensian. And it isn’t all about Chaplin. Eric Campbell co-starred as a bête noire figure and comedy foil in ten of the twelve shorts. The burly man mountain was, like the director, a former Fred Karno employee, and these are the only movies he ever made. He died in an automobile accident (drink-driving home from a party) in 1917, aged 39. But thanks to the successful of these films and their survival – no matter that at one time this survival was very precarious – Campbell has earned his place in screen-comedy history.