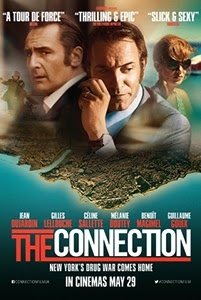 While a fellow adaptation rather than a remake, The Connection (with the rather pleasing alternative title of La French in its homeland) will not escape comparisons with The French Connection (1971), William Friedkin’s classic based on a different part of the same period. Nevertheless, there is plenty to distinguish this thriller, set in 1970s’ Marseille. Two of France’s heavyweight stars go head-to- head, with Jean Dujardin (in his first post-Oscar leading role) playing a Marseille police magistrate Pierre, whose pursuit of one of France’s top drug dealers (Gilles Lellouche) pushes both men to the edge professionally and personally. Stylistically, director Cedric Jiminez hits all the desired targets. 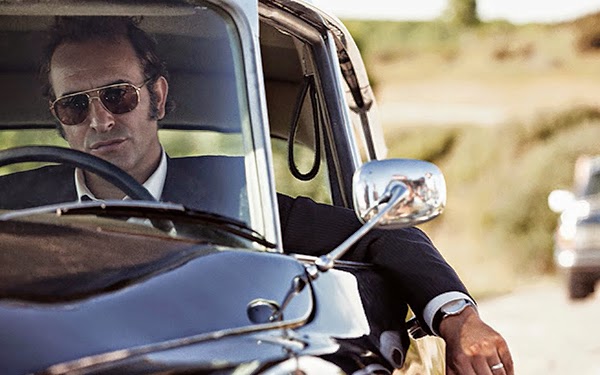 We enter a world of neon nightclubs, large sideburns and grizzled cops who bend the rules. The music of the era accompanies slick montages and crisp photography, in a way that bears a faint resemblance to Scorsese’s gangster masterpieces. An authentic look can sadly not gloss over the generic feeling of the script, which relies almost squarely on detective movie conventions and seems reluctant to take any risks. Many of the scenes, from Lellouche’s shake down of an unreliable lieutenant early on, to numerous heated interrogation scenes, are well executed but far too familiar for anyone even vaguely aware of this genre. Interesting side plots such as Pierre’s gambling problem are touched upon but never explored, and generally the director has opted for a narrative less nuanced than many might have hoped. While the story and dialogue may restrain them, Dujardin and Lellouche are the unique selling point for this film, with two captivating performances as similar men either side of the law.
Hollywood may have mainly used him as a charming comedic support, but Dujardin shines as a man desperate to take this opportunity to make a difference, becoming obsessed with his target. With similar looks and stature, it’s easy to see Lellouche as a different side to the same coin – a man equally driven, but by different ideals, just about keeping his head above water as Pierre begins to hack at his fragile criminal empire. A meeting between the two characters (their first and only interaction) is beautifully underplayed by both, making an otherwise ordinary film worth watching. Playing it safe costs The Connection dearly in terms of energy, particularly in the final half hour, and a need to replicate the conventions of other cop thrillers lets down a pair of performances that, combined with a riskier script, may have resulted in something much more special. Nevertheless, style and star power make for a fine example of a crime thriller that fits in nicely within the crowd, even if fails to stand out from it.