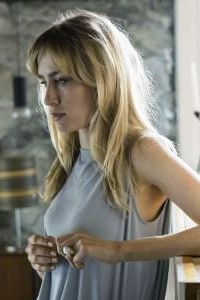 Bafta-winning filmmaker Jane Linfoot makes her feature debut with The Incident (2015), a well-shot yet clinical and emotionally stunted psychological drama that fails to develop into anything particularly gripping. Annabel (Ruta Gedmintas) and her husband Joe (Tom Hughes) relocate to a house sheltered in the woods. Their affluent, metropolitan life is interrupted by the arrival of Lily (Tasha Conner), a wayward teen who breaks into their house when Joe is away on business and instills fear into Annabel. Left terrified and emotionally unstable by the event, Annabel’s psychological state cripples her mind, leaving her cold and distant towards Joe, who’s also troubled by the occurrence in his own way. 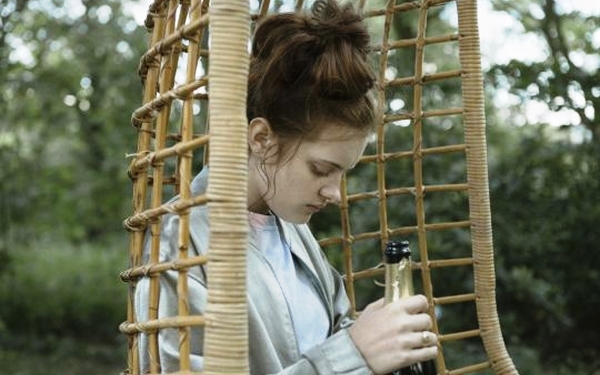 Set mostly within – or nearby – the confines of a house in the woods, The Incident is a fairly well paced close quarter’s drama. It’s much too quiet and timid, however, to delve as deep as it could have into the characters’ cracking emotional states. The direction makes nice use of the isolated location and the clean lines of Annabel and Joe’s life contrast well with the reckless nature in which Lily moves, acts and dresses. The script remains surface-level throughout though as issues – the effect on the mind self-reproach can have and economic inequality – are touched on and then skimmed over in a matter of seconds. It doesn’t help that Annabel and Joe are entirely trivial leads.

The pair don’t attract a huge amount of empathy from the start, so when they start to suffer and the incident leaves them split right down the middle, there’s no real concern for how things will play out. Even the performances aren’t anything special. Gedmintas is perhaps the best of the bunch, while Hughes and Conner aren’t left with enough to work with. Hughes, in particular, remains in the background for much of the film, coming into focus only in an attempt to keep his misdeed covered up. Editing is employed tactfully to emphasise Annabel’s fractured mind and the score helps to build a mild aura of tension. Yet none of the intriguing elements of the film amount to very much and are limited by the fact that Linfoot doesn’t do or say very much at all. The Incident may reach an end in quick enough fashion, but its existence is never truly justified beyond a few nice shots, some eerie music and a central performance that’s all right at best.