Paul Haggis, director of the Oscar-winning Crash (2004), was a struggling young writer in a failing relationship when he first came across a man on a street corner offering self-help advice via a book called Dianetics. Written by pulp sci-fi author L. Ron Hubbard, the book had been a massive bestseller and led to the formation of the Church of Scientology, which sought to formalise, institutionalise and proselytise Hubbard’s teachings. Haggis was hooked, reacting to the direction and discipline it offered and defending it from criticism at every possible opportunity. It certainly didn’t hurt to have a network of actors and agents who were also Scientologists. 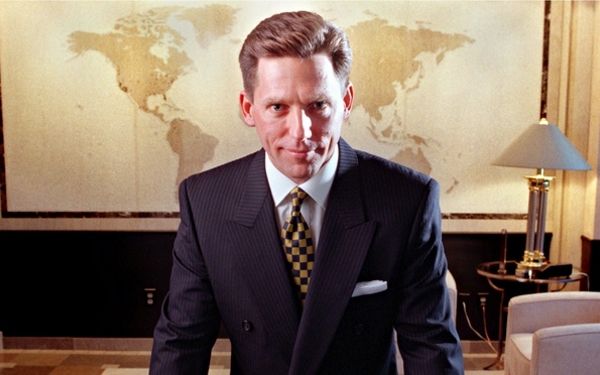 Haggis later drew away from the Church and was featured in a New Yorker article entitled The Apostate by Lawrence Wright. Based on Wright’s full length 2013 exposé of the Church, Going Clear: Scientology, Hollywood, and the Prison of Belief, Alex Gibney’s HBO doc drops the Hollywood and maps out a far reaching biography of the Church, both from its own propaganda, unpicking the compulsive self-mythologising of its weirdly likable founder to the talking head testimony of estranged former Scientologists, Haggis included, who accuse the Church of physical and psychological abuse. It also serves as a companion piece to Paul Thomas Anderson’s The Master (2012).

A prolific fiction writer, Hubbard holds the Guinness World Record for the most books published by a single author. He began the Church in 1953 but soon found himself embroiled in disputes with the IRS. Hubbard then took to the high seas with the SeaOrg (a mix of devotees somewhere between boy scouts and clergy who sign a thousand-year contract). Following his death in 1985, a particularly noxious character called David Miscavige took over the Church and saw its power increase with the help of high profile celebrity recruits like Tom Cruise and John Travolta before the final granting of tax exempt religious status by the embattled Revenue Service. The actual beliefs of the Church being leaked by WikiLeaks and satirised on South Park – causing Scientologist and cast member Isaac Hayes to leave the show – mean there is a lot that is familiar here. Auditing, Engrams and Phetans have all entered the common culture as vaguely farcical ideas. Gibney is also aware that any criticism of the Church based solely on the ludicrousness of the beliefs could easily be levelled at all major religions, none of which hold up to much scrutiny from a rational, scientific or historical view.

Gibney’s interest is far more focused on the psychological phenomena of belief, even when it’s obviously destroying not only lives but senses of self. In this way his documentary fits in with his wider work, in which a culture of deceit and rationalisation support systems of exploitation and bullying, be it the American military in Taxi to the Dark Side (2007) or Lance Armstrong and his cycling team in The Armstrong Lie (2014). Going Clear offers gossipy elements about the sceptical Nicole Kidman being sidelined and alienated from Tom Cruise by the Church and their grooming and coddling of the star, but its power is in the accumulated evidence of so many voices. Nothing is more damning than the footage of its glitzy rituals of triumph, or the glazed Cruise saluting Hubbard. Anyone who Going Clear should also go to the Church’s own response in which you can see Church’s own brand of spin in full swing.

Going Clear: Scientology and the Prison of Belief is released in UK cinemas on 26 June through Sky Atlantic.