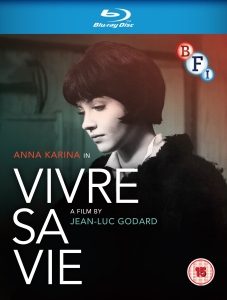 Named by Susan Sontag as “the perfect film”, Jean-Luc Godard’s Vivre Sa Vie (1962), rereleased on Blu-ray this week by the BFI, is an unsentimental billet-doux to Anna Karina, the director’s former wife and muse. Combining the aesthetics of cinéma vérité with an abundance of innovative techniques he would become renowned for pioneering, Godard’s French New Wave classic remains as significant now as it did 50 years ago. A tragic portrait of a life told in twelve scenes, Vivre Sa Vie is a film of quiet confrontation. Karina plays Nana, a young Parisian struggling to make ends meet whilst working in a record store – quelle chic. 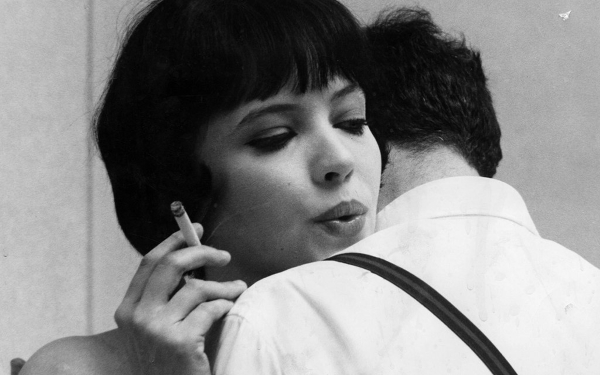 Nana has left her husband to pursue a career as an actress. However, as her debt begins to escalate and fame slips through her fingers, Nana turns to prostitution. Drawing on various cultural texts, the film creates a tapestry of a woman’s slow descent into prostitution these episodic chapters, culminating in a shocking, yet tragically inevitable climax. As Nana traverses the cafés, bars and motel rooms of Paris, Godard captures the vibrant energy of the sixties and the consumerist culture his lens often criticised. Nana’s doomed hopes of getting into movies – and her subsequent spiral into exploitation – are symbolic of the globalisation of culture and the constrictions of a filmmaker operating in a capitalist world.

Godard has often used the camera to articulate his political views and whilst Vivre Sa Vie is ripe with ideas the film, in the end, is about his relationship with Karina. Filmed during the death knell of their marriage (although they would continue to work together for many years after), the relationship between an actor and director is represented through the transactions of a prostitute and their client; an exchange where commands result in a performance of lies – lies that ultimately articulate a far more personal truth than words could muster. The camera rarely focuses on the action, unanchored from the story and constantly probing Nana from every angle. The reasoning behind this detached style of filming is perhaps best explained early in the film via a child’s description of a bird: “Take away the outside, the inside is left. Take away the inside, and you see a soul.” Nana’s one moment of release comes courtesy of the film’s most famous scene: Nana, sat in a near empty cinema watching Carl Dreyer’s The Passion of Joan of Arc (1928). Nana’s tears, shed with solemn sympathy for Falconetti’s weeping martyr, provide the one moment where Raoul Coutard’s roving camera truly allows us a prism in which to understand her suffering. Observing the faces of Dreyer and Godard’s stars together, it becomes clear the suffering and persecution of their two doomed heroines will forever be entwined within cinematic history.