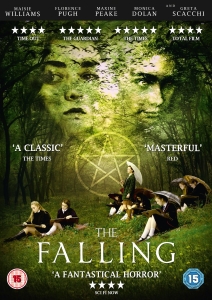 In a nameless girls’ school, somewhere in wet, rural England, girls are falling – in both senses. The year is 1969, and it starts with the 16-year-old Abbie (Florence Pugh). Her dusky voice is beyond her years and she’s the first of her friends to lose her virginity, tangled in the back of a car. This shrouds her with mystique, putting an unknowable distance between her and Lydia (Maisie Williams), her best friend. The rest of the girls are in awe of her worldliness. The French, as Abbie tells them, call the orgasm “a little death”. Imitating her, celebrating her, deliberately or not, the other girls begin to faint. It starts with Lydia, but then it spreads – first to the other girls, then even a young teacher. 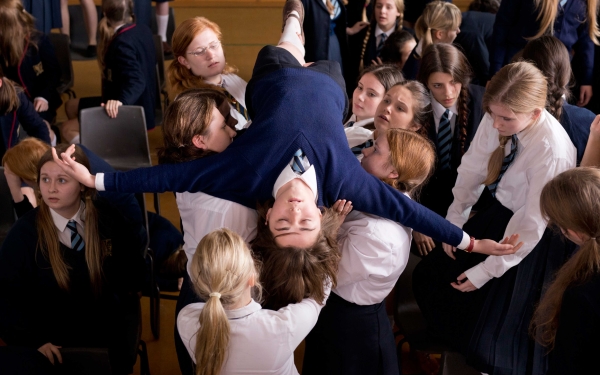 The teachers are first bemused, then sceptical, then alarmed and – perhaps – a little envious. Is the fainting put on, or is it real? Is the cause physical or psychological (as if such easy distinctions can be drawn)? Is that important? Perhaps it stems from their denied sexuality. The fainting could be part rebellion against their buttoned-up, low skirt environment, part imitation of Abbie’s literal and metaphorical falling. When the psychiatrist diagnoses it as a hysterical contagion, this far from explains it away. Why are the girls susceptible to it? This may reflect their receptiveness to energy and ideas – their romanticism. As the girls swoon, even the most reserved women start to wobble.

Carol Morley’s The Falling (2014) manages to balance finding the girls – and their tremulous readings of Wordsworth – both amusing and touching. The tone is mercurial and unique: this is simultaneously a coming-of-age drama, a wry comedy about teenage histrionics, and an enigmatic film about possessed children, bringing to mind Henry James’ novella The Turn Of the Screw. With semi- serious references to ley lines and magick, along with its mystical folk music soundtrack, it feels like Mean Girls (2004) meets The Wicker Man (1973). Morley’s latest shot through with a curious, deadpan humour, as when the headmistress forgoes the smelling salts and nonchalantly unpins her brooch to spike Lydia’s leg and bring her to. Altogether, The Falling is an interesting, original and very British film. It’s certainly worth seeing, even if the final act blurts much that would have been better left unsaid.