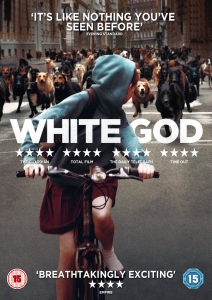 The latter part of that old adage about never working with children or animals has been taken on and smashed beyond all recognition in the strikingly original Hungarian parable White God (2014). What starts off as what could be only be described as a dark reboot of The Incredible Journey, directed by Lukas Moodysson, later settles into a much more chilling and unpredictable fable, complete with a moving coming-of-age tale subtly interwoven throughout. When teenager Lili (an appealing turn by Zsófia Psotta) is unceremoniously dumped by her mother on her divorced scientist father Daniel (Sándor Zsótér), it’s clear he isn’t happy with Lili’s faithful hound Hagen. 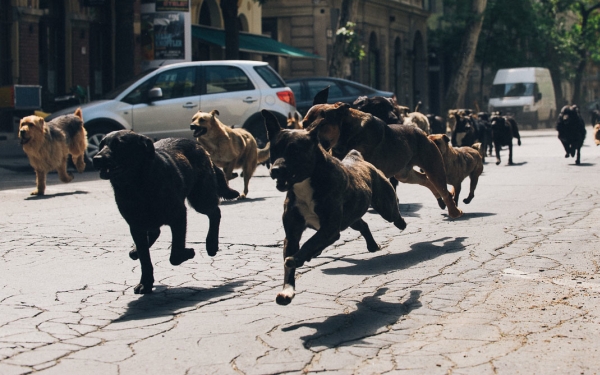 Cast out into the street after a heated argument between father and daughter, Hagen is alone in the drab, industrial confines of inner-city Budapest with little chance of being reconciled with his distraught owner. Thus begins a journey fraught with all kinds of danger and incidents, and when Hagen finally rallies the nearby roaming dog population, his efforts lead to a hostile uprising no one could have envisioned. Director Kornél Mundruczó (fielding offers from Hollywood at this very moment) uses a series of POV shots to humanise Hagen’s plight, and this is none more chilling when he’s captured, has his spirit broken and is forced to kill by a ruthless dog fight trainer.

Mundruczó’s four-legged actor is somewhat a revelation as far as animal performers go. It’s a wholly believable journey for the mutt as he goes from domesticated (if unruly) house pet, to a fearsome, fully-fledged killing machine. A scene which sees Hagen reacting to the gravity of the situation when he takes down his first (and only) fellow pooch is incredibly powerful and is indicative of a filmmaker who has a firm and expert grasp of the material. The incredible choreographed scenes of canine carnage are a surreal, nightmarish scenario, offering the kind of visceral jolt not dissimilar to the monkey melee towards the end of Rise of the Planet of the Apes, but with added bite (and what looks to have been achieved by little post-production digital tinkering). Hitting the two hour mark, White God is almost in danger of outstaying its welcome a little, but overall it’s a riveting, deeply satisfying piece of fantasia and quite unlike anything else you’ll see this year.