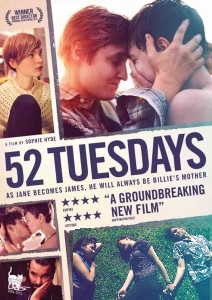 The discovery of sexual identity propels Sophie Hyde’s 52 Tuesdays (2013). A woman struggles to impose masculinity on her body during a gender reassignment, while her adolescent daughter is overwhelmed by her own burgeoning womanhood. Formally striking, discussion will undoubtedly be dominated by the shooting schedule which – reminiscent of last year’s indie darling, Richard Linklater’s Boyhood (2014) – took place over a protracted, real-time duration. In some ways, though, the gimmicky premise, dipping into the action during prescribed parent/child time once a week, for a year, serves to lessen the impact of what is otherwise a nuanced and astutely performed drama. 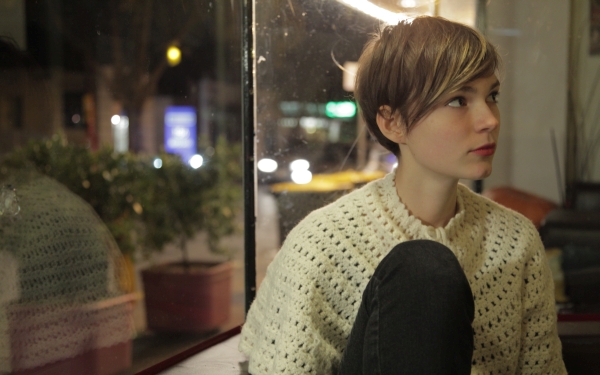 That 52 Tuesdays marks the first movie credit for the remarkable Tilda Cobham-Hervey, who plays the 16-year-old, Billie, will surely surprise many. Her representation of a girl coming to terms with an unexpectedly accelerated independence shows a great deal of emotional maturity. Billie is precisely as wild, as insecure, as angry, as enrapt as she needs to be. Cobham-Hervey is especially adept at needling provocation and the implicit understanding that in reality it hurts her just as much as it hurts her designated target. That would usually be Del Herbert-Jane, who fantastically portrays the mother Billie discovers in the bathroom dressed as a man in the film’s opening scene.

Wishing to be called James, Billie imbues him with a perfect, no-nonsense Aussie manliness and a conflicted desperation. It is decided that to give James space during the difficult transition, Billie will go and live her father (Beau Travis Williams) for a year with the titular Tuesdays the obligatory weekly catch-up. In presentation, the narrative constraints do cause occasional problems – creating the need for the odd story gymnastic or credulity-stretching motivation – but the unusual production fortunately seems to have done the performers the world of good. It clearly allowed them a great deal of time to inhabit their characters and the script was reportedly delivered week-by-week which would have further aided emotional authenticity and and heightened the rawness and exposure.

For some, it will be a shame that Hyde chose to follow the fairly conventional coming-of-age element of the story, rather than James’ more striking arc. This may be felt particularly keenly in the sequences to camera that act as Billie’s video-taped confessionals and prove the only bum note in Cobham-Hervey’s otherwise wonderful performance. That said, the intertwining of these two concurrent metamorphoses is deftly woven and both strands are still imbued with their own impact. In a world that often sidelines female-led cinema (whether that be in front of or behind the camera) this is precisely the kind of filmmaking that should be encouraged and while 52 Tuesdays is not entirely successful, it is compelling and exciting debut on several counts.