Film Review: ‘Death of a Gentleman’ 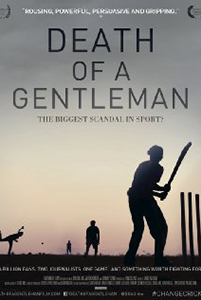 Largely due to its popularity in the Indian sub-continent, cricket is now the second most popular sport in the world. In 2011, two journalists, Brit Sam Collins and Aussie Jarrod Kimber, united by a love of the game, set out to make a film about the future of Test cricket. Death of a Gentleman (2015), directed by Collins, Kimber and Johnny Blank is a record of their journey. References to a gentleman’s game and the spirit of the sport open proceedings. The purest form of the game, two innings Test cricket is a legacy of imperialism and is scheduled to last five days. Collins and Kimber believe that this traditional form is under threat from the rise in popularity of three-hour Twenty20 cricket. 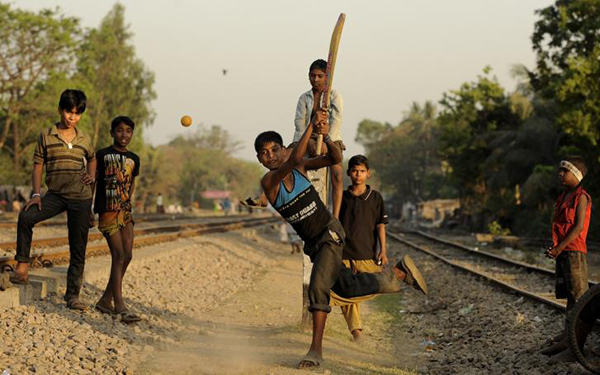 Death of a Gentleman begins by following the fortunes of Eddie Cowan, an Australian batsman, who made his debut at the Melbourne cricket ground in the first test of Australia’s home series against India in 2011. The Boxing Day Test drew upwards of 70,000 spectators indicating that the game was in good health in Australia at least. Collins and Kimber then switch focus to the governance of the game, in particular the role of India and the Board of Control for Cricket in India (BCCI). On the back of their surprise triumph in the inaugural World Twenty20 in 2007, the BCCI set up the Indian Premier League (IPL), described as combining Bollywood and cricket. The best players in the world were signed up for huge fees and the money generated was staggering. Chief among the beneficiaries were the BCCI and the IPL franchise owners. Collins and Kimber reveal how the BCCI financially dominates the International Cricket Council (ICC), the governing body of world cricket now located in Dubai.

Although the ten eligible Test nations initially shared ICC’s revenue equally, the BCCI wanted more. The ICC’s revenues are now worth over one billion US dollars in TV rights for upcoming world competitions. The main share of this comes from the sale of TV rights in India. The Woolf report, written by an eminent British judge and commissioned by the ICC under its then chief executive, South African Haroon Lorgat, attempted to make the ICC more transparent and accountable but was opposed by the BBCI who joined forces with its English and Australian counterparts. Collins and Kimber secured interviews with Giles Clarke, pompous chairman of the English Cricket Board, Lalit Modi, the former IPL commissioner pushed out by the BCCI and N. Srinivasan, the evasive president of the BCCI.

His company, Indian Cements, own Chennai Super Kings, one of the dominant IPL franchises. In 2014, the filmmakers travelled to Dubai where a new financial arrangement, giving India over a third of ICC revenues, was agreed and Srinivasan was elected as ICC Chair and head of its anti-corruption unit. This would have been a fitting place for Death of a Gentleman to conclude, but it continues for a further twenty minutes focusing on the 2013 Ashes series and the end of Cowan’s career before an appeal to “change cricket” in the closing credits. It’s a complex account, dominated by talking heads, and covering so many strands as to make it difficult to unpick. At stumps, Death of a Gentleman is probably one for diehard cricket fans only.