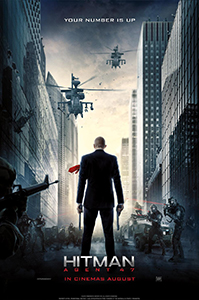 The second adaptation of the successful video game series, Hitman: Agent 47 (2015) is no good whatsoever. Everything about it feels tired and half-hearted, as if it exists purely for the studio to hold onto the rights and make as much money as possible with minimal effort. Living on the fringes of society, Agent 47 (Rupert Friend) is a hired assassin – a killing machine with no moral compass. His latest assignment is to track down Dr Litvenko (Ciaran Hinds), the man responsible for engineering the program that bore him. With the CIA and shady organisation ‘The Syndicate’ on his tail with plans to militarise the tech, he’s forced to rely on Dr Litvenko’s daughter Katia van Dees (Hannah Ware) for help. 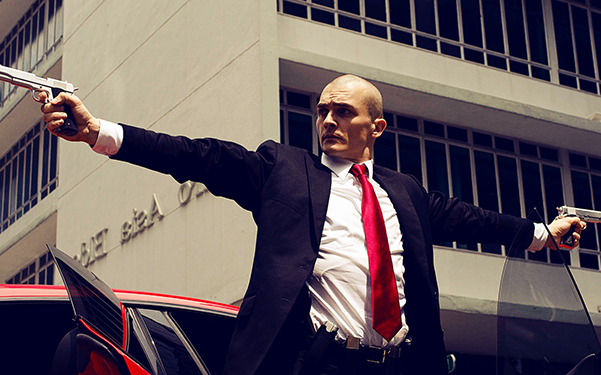 As narratives go, Agent 47’s is utter nonsense. The characters are paper-thin, situations unbelievable and twists as confounding and absurd as can be. It’s like screenwriters Michael Finch and Skip Woods – the very Skip Woods who also penned the script for Hitman (2007) – are deliberately trying to alienate audiences. There’s simply nothing worth investing in, nothing to stave off boredom. It’s not even as if the action sequences drive up any kind of momentum; they’re as dull as the script. It’s all hyper-realistic, to a point where you can tell it’s not even the actors doing any of the stunts because their faces are’t closed in on. The violence is over the top for the sake of it, and where there should be excitement and adrenaline-fuelled fist fights and gun-play there’s a shrug and a shot of something shiny – perhaps the glassiness of someone’s eye betraying how phoned it it all is.

The performances are, without a shadow of a doubt, some of the worst this year. However, it may not be entirely the actors’ faults as the script gives them absolutely nothing to do other than verbalise exposition and clichéd rites of passages. Friend, who is brilliant in the Showtime series Homeland, fares even worse than Timothy Olyphant did in the previous Hitman. Ware is there as a plot point only and Hinds is merely there. Zachary Quinto, meanwhile, who plays the CIA agent also wanting to get his hands on Katia for reasons unknown, is almost robotic, and not in a way that was probably intended. Hitman: Agent 47 is tedious, soulless and, for a film with a relatively trim runtime, seemingly never-ending.