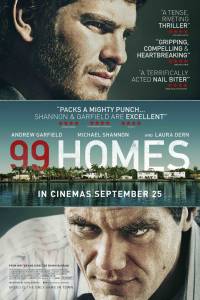 Ramin Bahrani has cultivated a reputation as a modern social realist, due in no small part to his striking ability to capture the pulse of marginalised America. His latest, 99 Homes (2014), is a humid Floridian thriller set during the 2008 US housing market collapse. Combining economics, class and wealth inequality to form a deeply compassionate portrait of a family struggling on the margins, it’s a refreshingly intelligent and socially aware thriller about how the commodification of the house has irrevocably changed the definition of the ‘home’, focusing on the human tragedy that accompanied the numerous court-ordered repossessions of the sub-prime market crash. 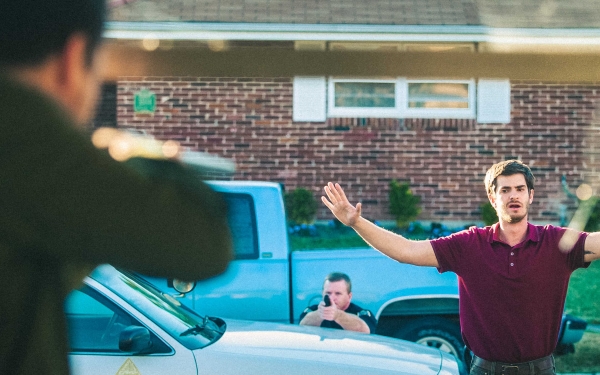 99 Homes opens on the blood-stained bathroom of one of the evicted who would rather die than leave his home. It’s a gruesome opening but Bahrani isn’t a sensationalist, he’s just a filmmaker that doesn’t flinch from the issues. Andrew Garfield plays Nash, a builder who’s drawn into a Faustian ‘pact with the Devil’ to win back his family home from Michael Shannon’s vaping, white-suited real-estate mogul Richard Carver. Observing Nash’s rise through Carver’s ranks, starting as a lowly handyman and working his way up until he’s undertaking his own foreclosures, allows the audience to experience first-hand the heart ache and emotional trauma of the evictions.

Garfield is terrific at coercing the audience to empathise with him, even when he’s clearly losing his way. Each conflict he encounters puts the audience in the painful position of having to choose between Nash’s security and the ethically acceptable thing to do, creating a fascinating moral conundrum and a chance for self-reflection. The urgency of Bahrani’s approach means 99 Homes is not just an emotionally affecting thriller, but an exhilarating one too. This kinetic rhythm is conveyed through some adroit technical work, with Anthony Partos and Matteo Zingales pulsating score escalating the tension whilst Cinematographer Bobby Bukowski’s crisp composition compresses this explosive energy within the frame. However, the film’s greatest achievement is Alex DiGerlando’s production design.

Understanding the richly textured layers of memory and history that make a house a home, DiGerlando’s clear demarcation between the warmth of Nash’s family house and the cold mausoleum shells of Carver’s vast accumulation of vacated properties accentuates what happens when the heart and soul is forcible ripped from a building. Smart and entertaining thrillers are far too rare in mainstream filmmaking, with those that find their way to a theatrical release often struggling to find a balance between emotional exploitation and articulating the traumatic impact of their subject. While 99 Homes does suffer from some contrived plotting and character development, Bahrani has also produced a timely portrait of the human cost of the housing crisis.