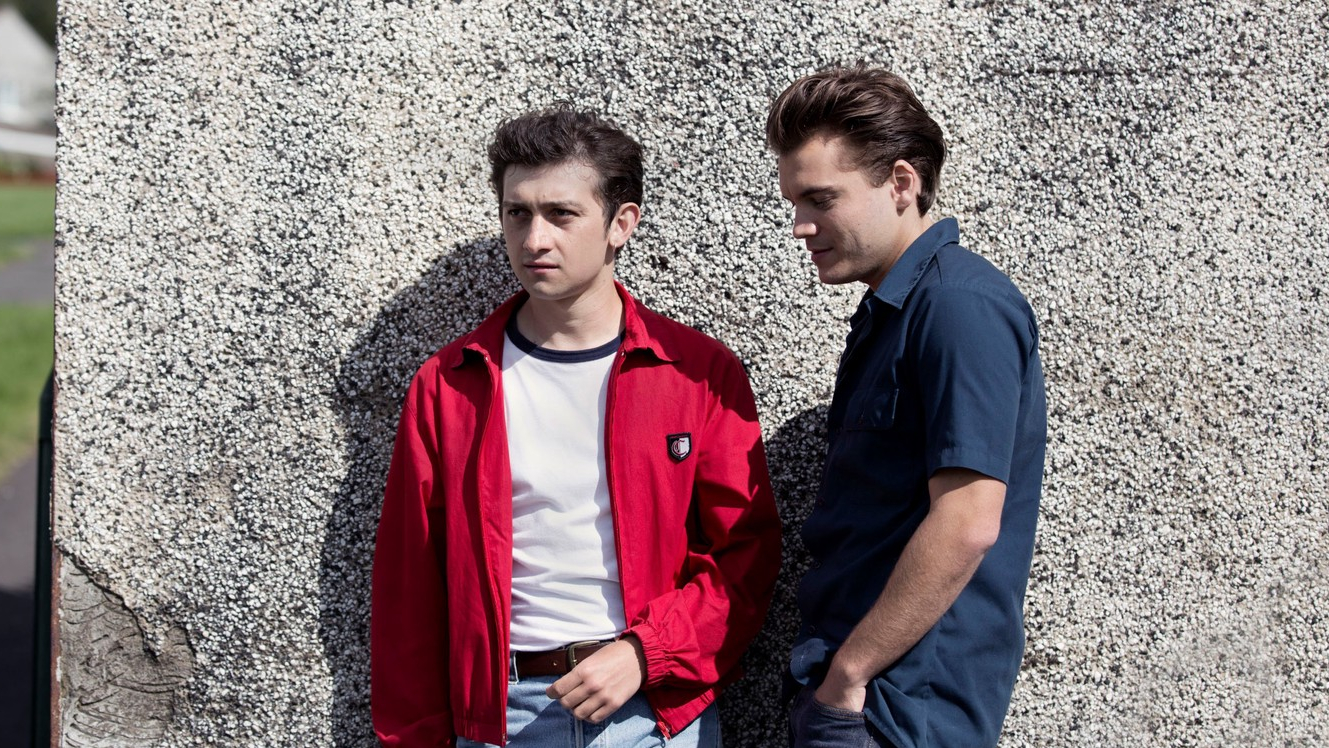 It’s always interesting to learn that an actor has taken on the directorial challenge. What makes Just Jim (2015) pretty remarkable is unlike those who had spent considerable time performing before making the leap (under the tutelage of Don Siegel and Sergio Leone, Eastwood had hit forty when he directed Play Misty For Me in 1971), Craig Roberts is a fresh-faced 24-year-old who first made an impact as an actor five years previous in Richard Ayoade’s teen comedy Submarine (2010).

Despite being a little rough around the edges, Roberts (juggling directorial, script-writing and lead actor duties here) has made an amusing coming-of-age tale which balances deadpan humour with a dark edge. It may on occasion conjure up Lynchian surrealist flourishes, and with its use of snap-zooms for comedic effect Roberts has certainly borrowed from Ayoade, but this is largely a uniquely-crafted endeavour. Roberts is the titular small-town Welsh teenager, a Mr. Unpopular amongst his peers at school who spends his time revisiting an old hard-boiled noir feature at the local fleapit cinema, playing Nintendo and hanging out with his trusted mutt, Cliff.

Even his parents, preoccupied with his older, University-bound sister, get his age wrong when they arrange his hopelessly dated no-show birthday party. One day from seemingly out of nowhere, Jim discovers he has a mysterious new neighbour called Dean (Emile Hirsch), a brash and cocky American complete with a quiff and a 1950s greaser-like rebel attitude. Dean encourages his new buddy to grow a pair and take control of his life, but as Jim’s confidence grows, Dean (who has also forged a solid friendship with Jim’s parents) becomes overly aggressive and belligerent towards his protégé, as Jim begins to question whether Dean is a force of good over his life. What’s immediately striking about Just Jim is how little it resembles the kind of usual British growing pains dramedy. Roberts has a strong visual eye, constructed some interesting compositions which help inform his characters and their world.

Somehow, Roberts also found time to focus on his own performance and delivers a warm and understated comedic turn, with a fine line in awkward slapstick which recalls a young, nebbish Woody Allen. Just Jim is often very funny, and Roberts deftly handles the flip into darker territory as Dean begins to spiral out of control. The director’s grasp of the narrative does unravel slightly during the latter stages when some of the ideas within the film’s unreliable narrator device struggle to come together, and it feels like Roberts has had to really lean on his editor to help smooth over the cracks. This is only a minor misstep in an otherwise impressive debut, which marks Roberts as a real talent, both behind and in front of the camera.