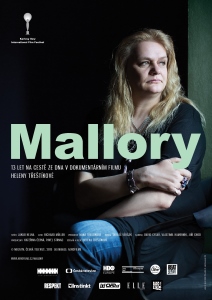 Czech filmmaker Helena Trestíková is one of the leading exponents of what she refers to as “time collecting” cinema. It is the kind of thoughtful, ruminatory documentary that explores a story over a protracted period, its the non-fiction answer to Richard Linklater’s Boyhood (2014), made famous by Michael Apted’s Up series and recently utilised to startling effect by Polish director Hanna Polak in her tale of a young girl growing up in a Russian rubbish dump, Something Better to Come (2014). 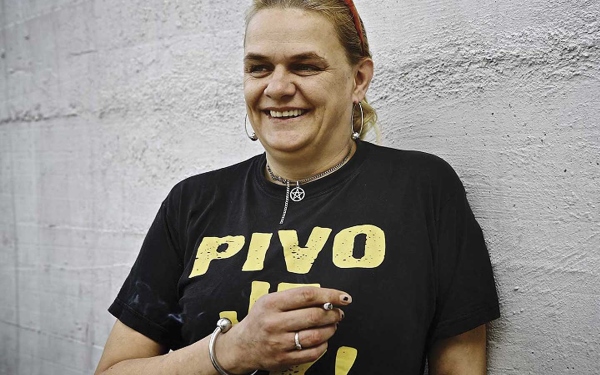 In some senses, Polak’s film serves as a spiritual precursor to Trestíková’s Mallory (2015), an empathetic and touching exploration of the later life of a similarly disenfranchised woman. Where Polak ended her story with a ray of hope and sunshine, so Trestíková begins hers. Something Better to Come followed a girl named Yula from the age of 10-24 and concluded with the birth a child. The eponymous Mallory’s story is picked up in 2002, with her own imminent motherhood and a pledge to kick the drink and drug habits that have ruled her life to that point.

Trestíková then rejoins Mallory seven years later, scraping by and living in her junkie boyfriend’s car, but still clean. From there, the film follows her to the present day dropping in every few months, never for specific events, but to slowly gather a flavour of her life and more pertinently, the epic struggle that it is to remain drug-free as a disenfranchised member of Czech society. Often Trestíková’s unfussy, digital camerawork will find Mallory just after a cataclysmic event in her life, or contact will be prompted by a phone call. Individual scenes are less important than the overall effect, which presents the harsh prevailing winds that buffet this woman as she tries to trudge her way uphill. One scene does stand out; when Mallory visits the social welfare offices and the labyrinthine bureaucracy of the system – fittingly described as Kafka-esque in the film’s production notes – is laid satirically bare. Mallory’s plight is one of spinning day-to-day in search of a job and a home, desperate that her son might live with her rather than in state care.

The sequence in the welfare offices is also the only time that Trestíková herself breaks the fourth wall, when she responds to a request to stop filming. It is not the only moment that the director’s hand is apparent, however. The otherwise vérité naturalism is punctuated twice by stylised reconstructions. One hazily recalls a life-changing moment in which Mallory bumped into popular Czech actor Jiří Bartoška – he gave her a pep talk and 2,000 Koruna like some guardian angel. The other, is a somewhat more troubling imagining of an almost-suicide while a context-less phone message plays. It’s an oddly forced bum note in what is otherwise a fine observational portrait of a down and out on Prague’s streets. Trestíková’s “time collecting” style is perhaps not quite as effective as in other previous instances, but it still demolishes prejudicial barriers to provide an irresistibly empathetic window into a difficult and troubled.

CPH:DOX runs from 5-15 November in Copenhagen. For more of our coverage, follow this link.