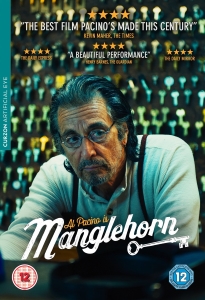 There’s a moment near the end of David Gordon Green’s Manglehorn (2014) where the titular character sums up the kind of angry person he is, telling his would-be suitor that if he burns toast he’ll throw out the toaster. It’s a simple but revealing line about a contradictory figure, earning our sympathy one moment then shattering it the next with his maddeningly self-destructive actions. Having resurrected the Nicolas Cage of yore with Joe (2013), Green attempts to offer the same shading and subtlety with lead Al Pacino. 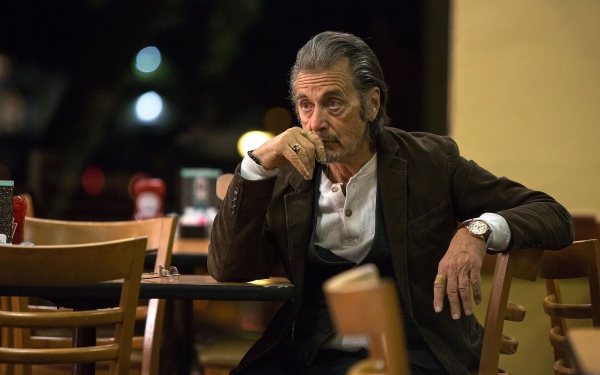 The veteran actor is considerably dialled down here, portraying the kind of lived-in weariness not seen since 1997’s Donnie Brasco. It’s an immensely watchable turn stripped of any trace of ham and the look of sadness and weight behind Pacino’s eyes is genuinely affecting. Composing letters to a mysterious love (snippets of these are delivered as voiceover throughout) elderly locksmith A.J. Manglehorn lives an achingly lonely existence. Outside of work, the wellbeing of his beloved cat is his main preoccupation.

Manglehorn occasionally takes his young grand- daughter out on day trips, although semi-estranged son (Chris Messina) isn’t much of a fan of the old man. If he isn’t feeding the local slot machines and being hounded by a boorish tanning salon owner whom he used to coach at little league (Harmony Korine), he whiles away most evenings boozing and destroying furniture in his shabby home. He has a fondness for a meek bank teller named Dawn (Holly Hunter) whom he manages to procure a date with, but Manglehorn really is his own worst enemy and even this possible salvation is fraught with unpredictability and potential disaster. Green once again adopts the kind of loose style and floaty lyricism which recalls his earlier and best work: George Washington and All the Real Girls.

Green peppers the film with moments of off-kilter symbolism, some a little on the nose, others perfectly chiming with the world of his protagonists. Pacino really disappears into the role, his grotty fingers and matted exterior selling the character’s hermit-life existence. Hunter compliments her co-star perfectly and their scenes together are what you’d expect from two acting heavyweights, particularly during the painful dinner date, which grows increasingly excruciating as Manglehorn continues to wax lyrical about his former lover. The look of disappointment and dejection which flashes across Dawn’s face is heartbreaking. Manglehorn is a low-key effort yet Pacino’s committed turn ensures that it’s never less than engrossing and while it might be difficult to like his character, you can certainly empathise with his flawed nature.