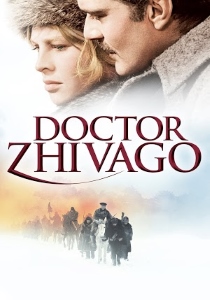 As part of their ongoing Love season and to celebrate 50 years since the film’s release, the BFI have undergone a 4K digital restoration of David Lean’s Doctor Zhivago (1965) – a romance told in the grandest terms, where the tale of passion between two desperate lovers is almost as devastating as its history and its politics. The re-release of this classic of cinema, wonderfully timed for the encroaching nights of early winter, is a timely reminder of the recent past: when the ‘epic’ spanned decades and wasn’t used to describe sandwiches. 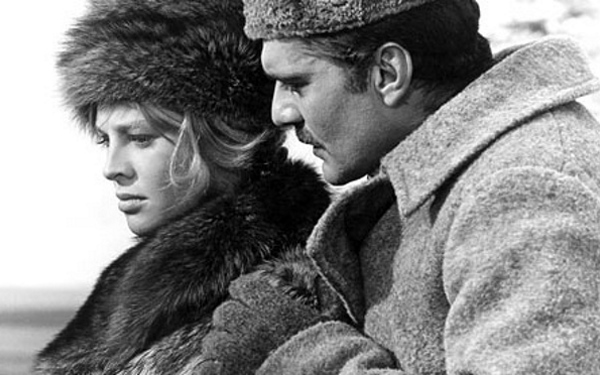 Doctor Zhivago tells the story of Yuri Zhivago, a medic and gifted poet played by the recently departed Omar Sharif, whose eyes seem to burn always with a quiet intensity; at times they are directed at the plight of his patients, in others they fall upon the beautiful Lara (Julie Christie) whose path he crosses several times during the turmoil of Russia’s 1917 revolution and later civil war. Theirs is a tale of love and conflict, of uncertain fortune that rises and falls with the political tide of Bolshevism and counter-revolution.

When Yuri returns to Moscow after serving at the front of The Great War, he is told that his poetry can no longer be admired or tolerated, that its personal tone and private sentimentality betray an unacceptable bourgeois mood. Yuri and Lara find some fleeting shelter from the storm, but they find themselves at odds with history itself; such is the scale at which Lean’s masterpiece operates, criss-crossing Russia from the frozen Urals to mellow Muscovite summer. Fittingly, the film itself was subject to its own political constraint. Boris Pasternak’s novel, of which this is an adaptation, was still banned in the Soviet Union and so most of the filming took place in Spain, bar the reconstructed Moscow set. It isn’t realistic, but it’s a beautifully constructed film world: you feel the chill of Siberian wastes, while the score swells with melting emotion.

It’s hard to imagine a film being made today that could better balance that over-abundance of romantic sentimentality with the hard cynicism of its politics. “There were children in those days,” says Yevgraf (Alec Guinness) very early in the film, “who lived off human flesh, did you know that?” – it won widespread Academy recognition despite its occasional brutality. The soaring romance takes a backdrop of rude death: wars are fought and disease takes its hold. Yuri and Lara’s story might easily become twee or cloying, and yet it never quite happens; Sharif and Christie are too graceful somehow, for that to happen. Every shot is carefully composed; everything about Doctor Zhivago feels measured. You are shown what is ugly and what is beautiful in love and war – this is grand old cinema at its best.