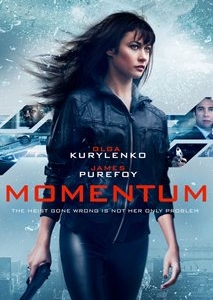 There’s only so much gravitas a Morgan Freeman voiceover can bring to a project. As Stephen Campanelli’s Momentum (2015) opens, he proclaims: “We are to engineer an event to shape the destiny of our country.” Platitudes and a handful of telephone calls aside, the power-hungry senator has little impact from the wood-panelled corridors of power thereafter. Instead it’s his envoy and hatchet man, the dully named Mr. Washington (James Purefoy), who is sent to Cape Town to recover a disc which contains evidence of the plot. 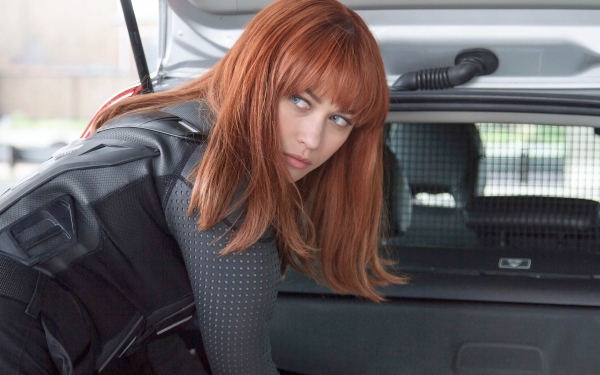 Freeman, the perennial peacemaker, is for once at the sharp end of the stick, seeking to bring about yet another war for the US to wage somewhere in the world. In possession of ‘The Disc’ – capitalised here and underlined repeatedly in the script to demonstrate its clear importance – and a fairly decent haul of diamonds, is the mysteriously well trained and cunning Alex (Olga Kurylenko). Having demonstrated her running, jumping and gun handling skills in Quantum of Solace (2008), she fills the altogether too infrequent role of lead action female here.

Positioned somewhere between Nikita and Lara Croft, Kurylenko musters all her slender athleticism and does well in throwing herself into the midst of car chases, explosions and gun fights but unfortunately remains too bland and emotionless to elicit any real empathy. She is the head of a team of futuristic bank robbers whose disguises blend Power Rangers gone bad and the Blue Man Group and it is a pity that the acting from all involved is as robotic and monotone as the heisters’ get-ups. The writing isn’t much better. Campanelli, a cinematographer by trade and frequent collaborator of Clint Eastwood, felt it a good idea to include a Dirty Harry quote early on. Cue a scowl, intense stare and the gnashing of jaws. Whether a directorial nod to his old pal or the work of co-writers Adam Marcus and Debra Sullivan, it sets the rather dire tone for what is to come.

Purefoy, the aggressor in this cat and mouse situation, does his malevolent best to bring some form of menace to Mr. Washington but achieves little more than a pantomime villain performance. Chastising a henchman for shooting at a mattress to see whether Alex is hidden beneath the bed, he cries: “Where’s your sense of fucking finesse?” Momentum is bull-in-a-china-shop subtle. Inexplicably, Michael Bay has made a career out of big explosions, special effects and talking robots so there is certainly hope for Campanelli yet. Combining his visual expertise with some of the heart and soul expressed in Eastwood’s glittering trophy cabinet would have made Momentum a much more rewarding watch. His debut behind the camera does have a certain high-octane flair but lacks the storyline to create a genuinely engaging thriller.