Interview: Tyler Hoechlin on Everybody Wants Some!! 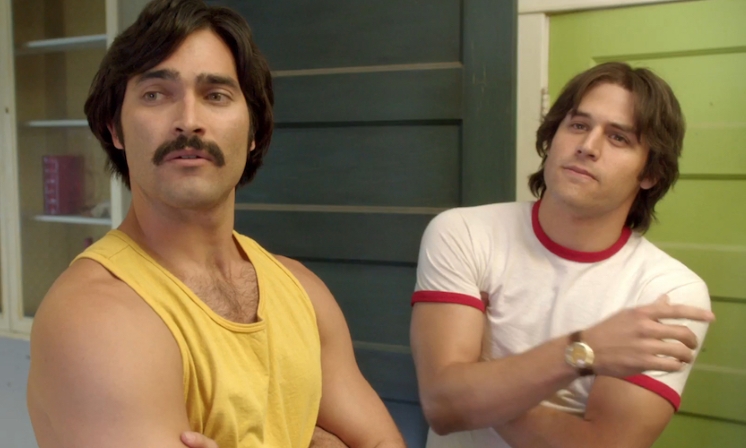 With his reoccurring role in the dark TV reboot of Teen Wolf, Tyler Hoechlin is one of the more recognisable faces in Richard Linklater’s new 1980s-set college campus comedy, Everybody Wants Some!! As the ridiculously competitive slugger Glen McReynolds, Hoechlin puts in a memorable performance in a large ensemble of equally unforgettable characters. Alongside Linklater’s film, the actor already has a British action thriller film in the bag, and a supporting role in the forthcoming Fifty Shades of Grey sequel on the cards should see his stock rise even further. We recently sat down with him to talk conflicting facial hair, baseball and the definition of team spirit.

Adam Lowes: You played Tom Hank’s son in Road to Perdition. Was it a daunting experience acting amongst Hollywood superstars like Hanks and Paul Newman?
Tyler Hoechlin: Thankfully, I was young and naive enough to not feel too much of the pressure. If it was a job that had arrived only a few years later as I was becoming much more aware of the industry, it would have been incredibly overwhelming, but I was only 13. I knew who Hanks was as I was a huge fan of both Splash and Big. I also knew Newman was considered a legend but it was the whole ‘ignorance is bliss’ perspective you have as a kid which really helped me through that experience.
AL: The group dynamic in Everybody Wants Some!! feels natural. How much of that was on the page and how much did director Richard Linklater coax out of the actors on set?
TH: We had three weeks of rehearsal before anything was shot. Stuff that was on the page evolved and developed in that time and as relationships grew between guys off-screen we would find other things to play with. They’d be a script reading everyday during this time in [Linklater’s] library. Some days we’d stick to what was written, but other times we’d be encouraged to share any ideas we might have.
We’d play with certain scenes a little longer than others. If there was anything Rick [Linklater] liked, notes would be made and we’d see a new draft of the script the next day with those changes in it. We’d go back to reading from the page, but it was constantly feeling out different ideas until we found what we liked to call out ‘greatest hits’.
AL: Was there room to improvise during the shoot?
TH: There were rare moments where a new line would happen towards the end of a scene perhaps, but everything had been work-shopped and improvised during those earlier table reads, so when we showed up on set we all felt like we’d kinda made the film already. All we had to do now was film it so people could see it. 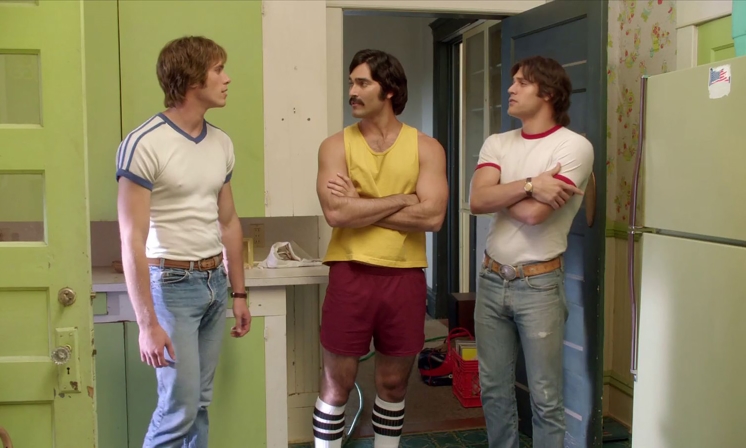 AL: There’s some great period fashion and facial growth in the film. Did you have much say into your own look?

TH: People got weeded out with the moustaches. I was always recognise the disappointment Ryan Guzman [Roper] felt when his had to go. We get confused enough for each other but when we both had moustaches there was a little too much of a Mario and Luigi thing going on, so they had to make that change. With the clothes we all went on a shopping spree with a personal shopper who asked us what we liked and felt comfortable in. It was definitely collaborative, which was really fun.
AL: You played baseball whilst at university. How did that help during the making of the film?
TH: The baseball stuff was like reliving the glory days. It was fun to walk down memory lane but actually live it out a little as well, without the pressure of having a game the next day (laughs).
AL: Is the team in the film an accurate representation of that world?
TH: Oh my god, absolutely. It was the same rapport. Before I meet the cast, I hadn’t found a group of people that I could relate to in the same way I did with old teammates. Being away from the world [during rehearsals] and feeling that sense of isolation with the rest of the cast was the best thing that could have happened as you’re thrown into that same environment as going to university to play a sport. You immediately have to make everyone your family. You have no other choice.
AL: Did Linklater look to you as a kind of technical advisor during the baseball practice scene?
TH: Guzman was also a baseball major at college and Juston Street [demented pitcher Jay] was actually a professional ball player. Rick played in college. There were plenty of us to turn to if anyone had questions. We were always happy to help. During the rehearsal process, baseball practice was also part of the daily routine.
AL: One of the similarities this film shares with Dazed & Confused is the great ensemble. Like Dazed, it feels like they’ll always be something new to discover about the characters with each viewing.
TH: That’s the way I feel about it. It was Wyatt [Russell] who said “You can watch the movie twelve times and follow someone different each time.” There’s always something going on in the background, too. Another fun part of the filming process was even those days when you didn’t have any dialogue, you knew what your character was doing and you had your own thing going on. From the time we rehearsed until the moment we wrapped, no one took a moment off. Everybody was having a good time but remained focused and working. I always say the first twenty minutes of the film are much funnier the second time around because you’re now familiar with the characters. Everything takes on a new meaning.
AL: Were you given any music to help get you into character?
TH: Yeah. When the cast arrived for rehearsals we were all given albums and little iPods. Those who brought their cars along would have CDs playing all the time, or anyone using the gym would listen to the iPods. My workout mix changed drastically (laughs).