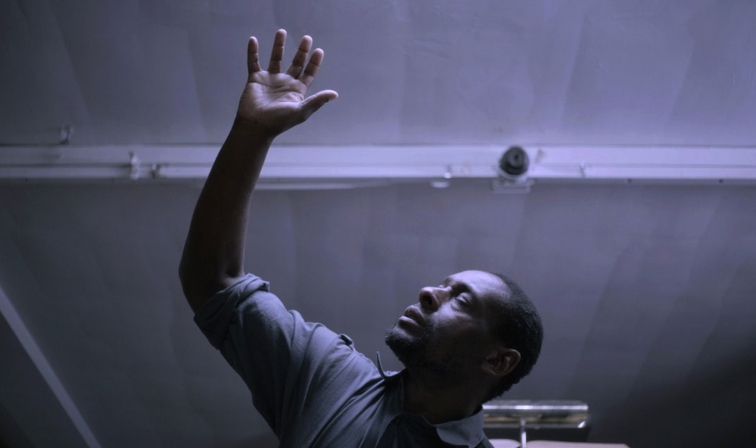 Loosely based on real-life reports of a pastor in Tennessee who was convicted of child abuse after an attempted exorcism on an eight-year-old boy, Jake Mahaffy’s Free in Deed is a chilling study of unwavering faith in the face of mounting adversity. Free in Deed takes the viewer deep into the world of store-front churches. Once a source of social and spiritual refugee for many African-Americans during the Jim Crow era, these unassuming houses of worship continue to play a major role in the lives of marginalised families.

One such family is Melva Neddy’s (Edwina Findley Dickerson). Her son Benny (RaJay Chandler) is afflicted with what doctors can only cautiously diagnose as a severe form of autism. Benny’s disruptive outbursts are so violent that they eventual result in him being kicked out of school, although not before the film delivers its most heartbreaking scene. Faced with no option but to remove Benny from the classroom, his teacher decide the only way they can restrain him is by cocooning his flailing limbs in gym mats and securing them with duct tape. Having been failed by the education and healthcare system, Melva turns to the church where she meets Abe (David Harewood) an introverted Pentecostal minister who agrees to rid Benny of the demonic forces controlling him. Abe is clearly struggling with demons of his own but makes Benny’s case a priority and, with each healing session he begins to grow closer to Melva.

The fear of bodily temptation forces Abe to distance himself from Melva’s romantic advances, leaving both of them feeling more alone than ever. Findley Dickerson delivers a remarkable performance as the film’s overburdened, yet seemingly indomitable single mum. However, although she bequeaths the role with a quivering sense of fragility, it’s Harewood’s shrewd but commanding presence that steals the show. His eyes search for redemption for an undisclosed misdemeanour whilst he clings to his faith like a life-raft in a sea of hate and temptation. Mahaffy ensures the audience is mindful of the numerable way Abe’s faith is put to the test. First there’s the bureaucracy he encounters when his church’s soup kitchen is closed down due to a lack of paperwork, followed by a random stop and search that underlines the continued institutional racism in America. Indeed, It soon becomes apparent that Free in Deed has no interest in condemning religion, instead it’s the faith society puts in its institutions that’s ultimately the subject of Mahaffy’s probing lens.

Cinematographer Ava Berkofsky employs a dramatically expressionist aesthetic to the events that unfurl, combining immersive close-ups with soft textures that give the film a disturbing intimacy. Her camera is constantly cowering at waist height, capturing the film’s many healing sessions from a child’s perspective; simultaneously baffled and enthralled by the cacophony of cries, prayers and laying on of hands. This voyeuristic and deeply claustrophobic approach is initially off-putting, yet once you succumb to the film’s seductive rhythms its like falling under a spell. There’s no catharsis to be found in Free in Deed’s intensely bleak portrait of America’s institutional failure to alleviate the suffering of the most disadvantaged. Irrespective of time or place, the raw hopelessness of Mahaffy’s depiction of working-class Memphis is all too familiar, making this haunting portrait of disintegrating faith a harrowing yet necessary experience.

The Transilvania International Film Festival (TIFF) runs from 27 May to 5 June 2016.