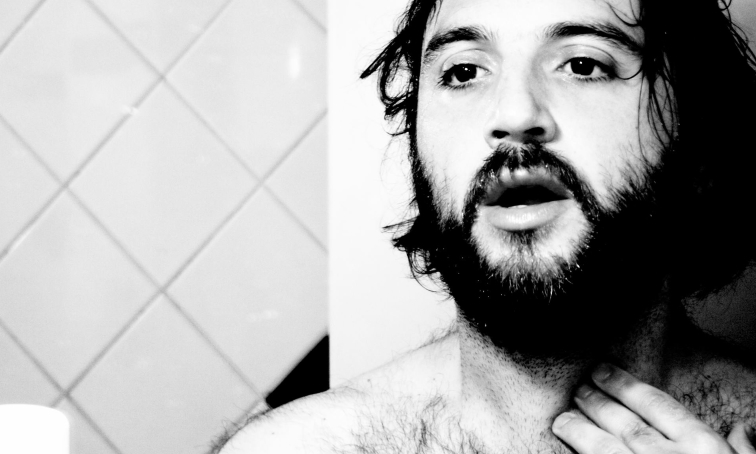 The fear of dying is the impetus behind Xavier Seron’s Death by Death, an Oedipal dramedy that positions itself between the two known truths of life and death. A bold and electrifying study of the dysfunctional relationship between a middle-aged hypochondriac and his dying mother, Seron’s feature-debut is an exceedingly dark, albeit frequently hilarious comedy about grief and mortality. We first encounter Michel (Jean-Jacques Rausin), as a baby suckling on his mother’s breast. Then, in what can only be described as a cradle-to-the-grave jump-cut, we sees him lying motionless in an empty coffin.

Almost 40 years have passed and Michel, now a failed actor-cum-delivery man, is choosing a casket for his mother, Monique (Myriam Boyer) who has been diagnosed with terminal breast cancer. Instead of succumbing to depression, Monique has chosen to celebrate life; drinking only champagne and filling her house with stray cats. Michel on the other hand is a mess, struggling with the responsibility of looking after his mother and unable to shake the inevitability of his own death. His thanatophobia is exacerbated further by the discovery of a suspicious lump on his breast. His doctor says it’s benign, merely a symptom of his hypochondria, but Michel is convinced he’s dying. Divided into several chapters, each with its own playfully vague title such as; ‘Mothers, Mortals, Mammaries’,

Death by Death plays out like a collection of comedy sketches depicting the inflated sense of self in an age of entitlement. The results are a fragmented series of vignettes and a narrative that unspools into a series of zany, yet disparate set pieces. Thankfully, Michel’s self-absorbed melancholy is compassionately shot in shimmering black-and-white by cinematographer Olivier Boonjing. Deploying his camera unerringly into Michel’s life, Boonjing’s gorgeous compositions elevates his mundane existence into something near-operatic. If laughter is the best medicine, then the prognosis for Death by Death is inconclusive. There are moments of genuine hilarity, like when Michel visits a hospice where heavy construction work continues during the dinner rush because, as one nurse puts it, “all the patients are half-deaf anyway”. However, Seron’s distinct blend of situational comedy is destined to divide audiences.

Combining religious iconography with a deep fascination of sex and mortality, some of the film’s humour can feel strained and overly self-conscious, as if working too hard to articulate its meaning and reducing its point to absurdity. A prime example involves Michel lying belly-down in a tire-swing. He swings back-and-forth towards the camera, his arms flailing carelessly like a baby trying to attract its mother’s attention. He emerges ungracefully from his synthetic rubber uterus, and proceeds to fire an imaginary machine gun into the hole he’s just vacated. Viewed in isolation, this droll gag is relatively amusing, yet it represents a small slice of quirk in a film overburdened with whimsy.