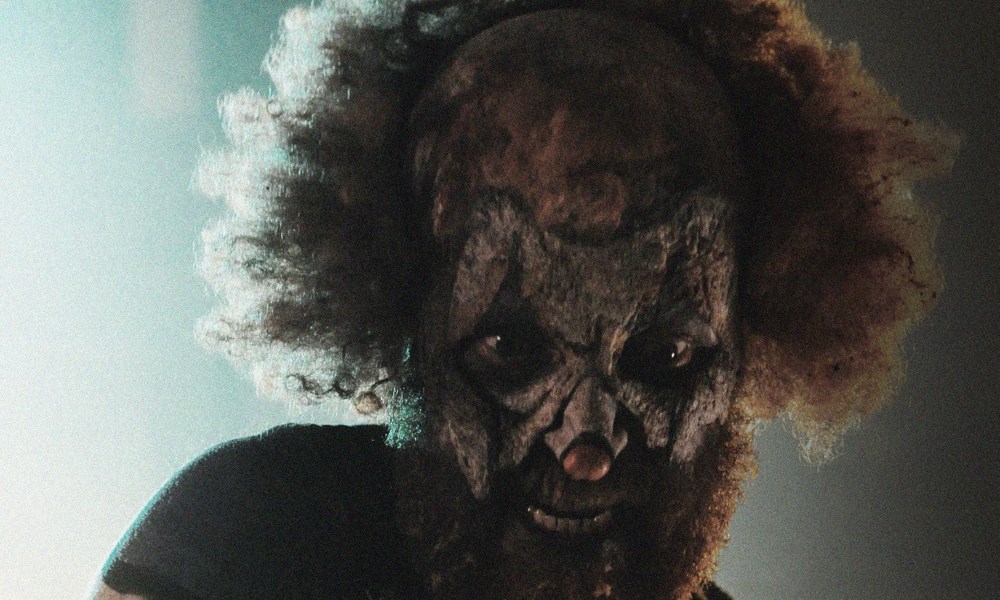 “Shall we do this Whitechapel-style, then?” Doom-Head (Richard Brake) asks, rhetorically, to final girl Charly (Sheri Moon Zombie), in the penultimate scene of 31, the latest offering from Rob Zombie, a director whose films are the very definition of marmite cinema. Some might find Doom-Head’s line dripping in misogyny – given he is about ready to carve up an unarmed and thoroughly exhausted Charly – but that would be a misinterpretation. The dialogue is more self-reflective, perhaps to be taken as a horror filmmaker’s cri de gore. It’s also an aesthetic philosophy harking back not only to Jack the Ripper’s most infamously brutal murders, but to Thomas De Quincey’s observation that murder is art.

What horror director doesn’t understand that? After all, that is partly its raison d’être. Like murderers, a horror director’s chief trade is death, and business is always booming, as it’s one – if not the – most malleable and popular genres there is. Others come and go, horror has stayed put and outlasted even the western. But, really, ‘Whitechapel-style’ has been Zombie’s cinematic modus operandi from the get-go: blitzkriegs on the human body; the tempestuous loveliness of terror (as the poet Shelley put it); of bloody effects; a delight in carnage and mayhem, and stylised realities. 31, it’s fair to note, will not change your mind about the director’s merits or perceived lack of them.

Yet twinned with his last film, 2012’s The Lords of Salem, which gave us the immortal sight of Sheri Moon Zombie riding atop a goat (that isn’t even its craziest image), the gore supremo is emerging as the Ken Russell of American horror. A director whose brand of trash horror bombast is full-on and for whom there is no such thing as OTT. All of Zombie’s films wring every last cent from low budgets (31 was partly crowd-funded) and production values are always exceptional. Formally, the director is no classicist when it comes to filmmaking. He’s very much an experimentalist, working in digital and celluloid formats (including a special preference for 16mm). Here Zombie, once again collaborating with regular editor Glenn Garland, deploys triptych images, sideways screen transitions between scenes, moving a new frame into place, instead of the traditional cut or fade-to-black.

Freeze-frames and zoom-ins during, or just after, death-scenes serve as audience recaps of a deliciously violent moment to create an experience far from your run-of-the-mill slasher flick and lend 31 a very particular comic-book flavour. Featuring satanic English weirdos (led by Malcolm McDowell) dressed in Regency era outfits, a Nazi dwarf going by the nom de guerre ‘Sick-Head’, a tutu-wearing maniac (Death-Head) and his Harley Quinn-esque other half, ‘Sex-Head’, like Russell before him Rob Zombie doesn’t know the meaning of the word ‘subtle’. 31 is a horror show delivered in hammer blows, or ‘Whitechapel-style’. You either dig it or you don’t.