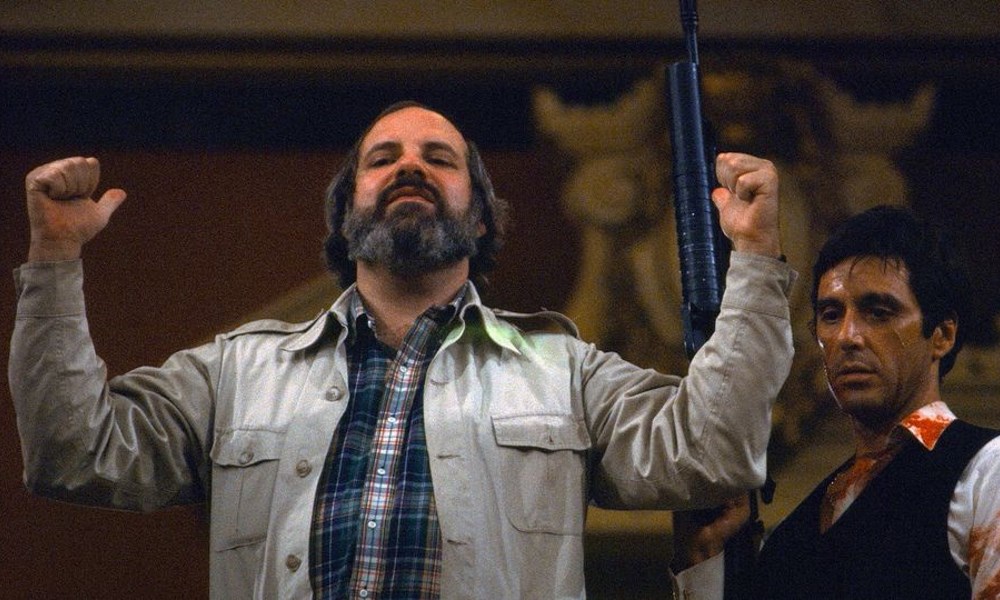 It is both continually amusing and rather unexpected that the most offensive exclamation uttered by a director famed for gun battles, bloody violence and pushing the barriers of visual storytelling is “Holy mackerel!” De Palma is an illuminating, engrossing and reverent documentary from fellow filmmakers Noah Baumbach and Jake Paltrow that benefits from mild manners and not taking itself too seriously. It will certainly appeal to film buffs and fans of the New Hollywood alumni’s scintillating back catalogue but it’s not a stuffy or supercilious look at the industry and neither is its principal subject.

Perhaps mellowing in nostalgic temperament in autumn years, but no less firm in his cinematic convictions and confident of his talents, an in-depth interview cut with extensive material from his oeuvre forms the simple structure of Brian De Palma recalling his life’s work. In his own measured words and with a broad smile, congenial tone and effortless charm it seems as much a pleasure for him to recount past anecdotes, ups, downs and regrets with unwavering candour and humility as it is for a viewer to sit opposite him, drinking in the years of experience and dedication to craft. There have been glittering successes and a number of flops but one thing is paramount, it’s “my way of the highway,” for De Palma. In spite of an amiable countenance and consistent grin his imposing presence – in both size and aura – enforce an obedient, unquestioning ear.

Unlike 2015’s Hitchcock/Truffaut, there are no extraneous talking heads here but it’s easy enough to believe that De Palma’s actors, producers and writers knew who was boss on set. Laying out the last fifty years of an eventful career, we proceed in linear fashion, beginning with an overview of early home life. A self-professed “science nerd” from a large Quaker family, De Palma didn’t discover film until university at the time of the French New Wave. Influenced by Godard et al and Alfred Hitchcock, he, along with fellow little-known filmmakers Spielberg, Lukas and Scorsese learn the ropes and form a golden generation, the likes of which, he thinks, will never be seen again. Humbled by the prospect of working with Bernard Hermann, the fact that he now affectionately refers to the composing great as “Benny” shows just how far he has come from nervous beginnings.

Throughout, De Palma shows a great deal of respect for all those who have contributed to his films. “Most of my movies are about megalomaniacs,” he says as we approach Scarface. There is no trace of such ego or narcissism in his recollections; it was always a collective effort, albeit with a firm, assured voice at the helm. There is the odd barb aimed at the financial objectives of the contemporary film industry, but by-and-large, De Palma eschews such constraints, as was the case for much of a career where standing firm meant getting your own way. This is a masterclass in cinephilia.