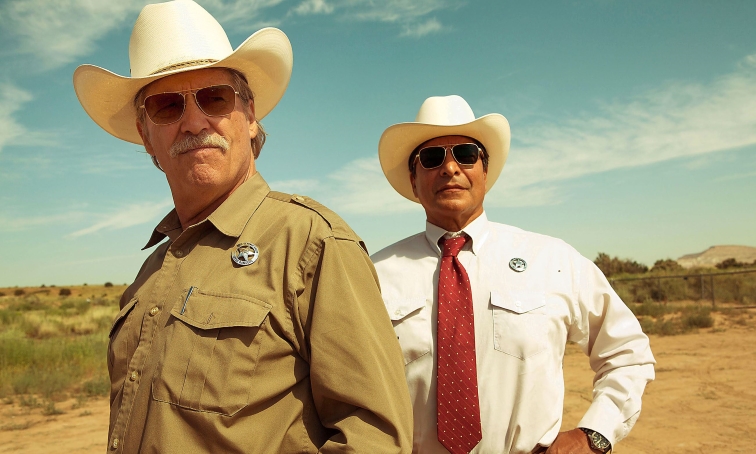 Despite receiving near-unanimous praise upon its release in the US, Hell or High Water doesn’t do much particularly well, and it does a lot of things quite badly. Perhaps that is an indication of how low the stock of American action films has fallen in recent years. It is a predictable story of two outlaw brothers (Ben Foster, Chris Pine) who rob a series of banks to avert the foreclosure of their late mother’s ranch, while being pursued by two cops (Jeff Bridges, Gil Birmingham) constantly trying to figure out their next move. There may be decent performances from the cast but characterisation is thin at best.

The brothers are divided by their temperaments (mysterious introvert versus irrational hothead) and the cops by their experience (cynical veteran versus younger, less-jaded partner). As the intensity of the siblings’ robberies escalates, the officers close in on the scent, leading towards an explosive finale of violence and vengeance that settles scores and establishes a new equilibrium. Hardly profound or particularly original stuff, to say the least. Where Hell or High Water does attempt to be original – by adding some social commentary to the mix – it does so in ploddingly naïve fashion.

Instead of discreetly alluding to the economic forces that have devastated much of blue-collar America, writer Taylor Sheridan (Sicario, Sons of Anarchy) ensures that practically everyone (and everything) that appears on-screen makes some reference to them: the waitress and customers at the diner who lament about predatory banks and crushing mortgages, to Toby’s heavy-handed closing monologue about poverty, to the repetitive shots of debt and foreclosure signs scattered among miserable looking landscapes. Even worse is Sheridan’s ill-judged and ill-executed attempt to tackle the Native- American question. Marcus continually taunts Alberto (who is half Mexican, half Native-American) with unfunny racist jokes, until Alberto retaliates with a solemn speech on the appropriation of indigenous land by the colonising whites that feels wholly out of place.

And in one particularly cringe-worthy scene, Tanner gets into an argument with a Native American at a casino poker table, who tells him that Comanche means “enemy of everyone”. “You know what that makes me?” Tanner rhetorically asks the Native American in his stereotypical Texan twang “a Comanche”. Add to this a hefty dose of misogyny and Hell or High Water’s awkward and unconvincing efforts to demonstrate its Texan pedigree (the omnipresence of cowboy hats, horses, farms, guns and country music quickly gets tiresome), and one doesn’t have a very attractive package. The only saving graces are the (admittedly excellent) cinematography and production values – the action scenes are crisp, smooth and packed with tension – but they feel almost irrelevant when the content they have to work with is this bad.