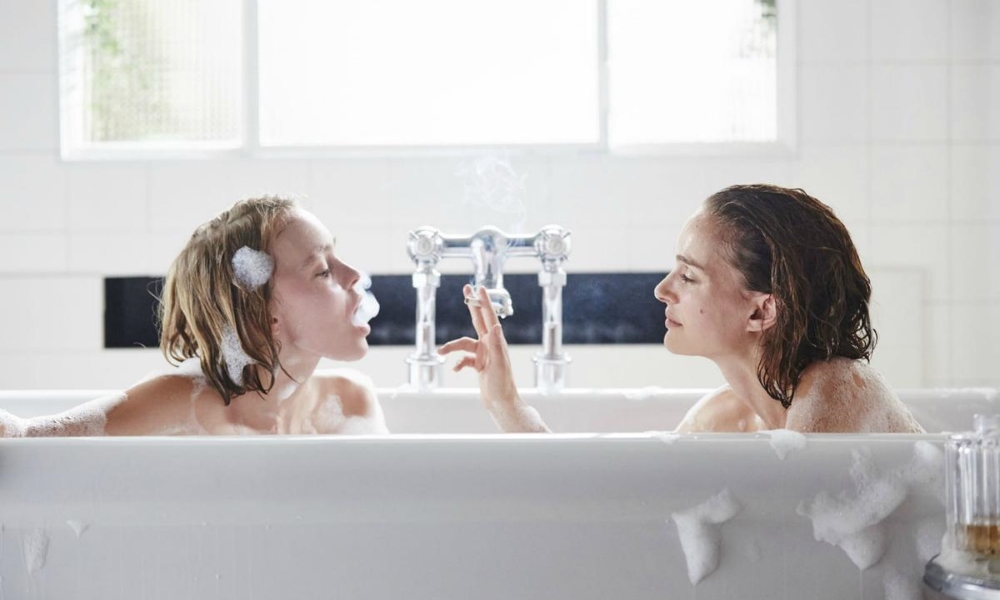 Natalie Portman must love Venice. When twirling psycho-ballerina drama Darren Aronofsky’s Black Swan debuted on the Lido in 2010, Portman definitively glissaded away from her precocious debut in Luc Besson’s Leon and all those godawful Star Wars prequels. This year sees her give two stunning performances: the eponymous, awards-ready role in Pable Larrain’s Jackie and now the lead in Rebecca Zlotowski’s third film, the spell-binding and enigmatic Planetarium. Portman plays Laura Barlow, one half of a psychic double-act with her sister Kate (Lily-Rose Depp).

Kate is the talent, whose visions seem to genuinely convince people. Laura is the carnival barker, the androgynous emcee, whose patter insists on a seriousness of purpose. She demands her high-class cabaret audience be honest, be truthful and put their doubt aside; something the film also requires of its audience. The cabaret act is being used as a shop window for private séances and André Korben (Emmanual Salinger), a wealthy executive in the nascent film industry, is a tasty catch for the girls. Salinger plays Korben with something of Peter Lorré’s doomed but creepy vulnerability. His connection with the girls seems to be a mix of psycho-sexual need as he invites them to move into his villa and then launches Laura on a career as a star of the silver screen.

Even as the pair enjoy their champagne cocktails and the glamour of filming – Laura is helped partly by her co-star, the ubiquitous Fernand (Louis Garrel) – clouds are gathering on the horizon as Mussolini is praised and anti-Semitism begins to rear its putrid face. Caught between her ambition and a growing affection for Korben, Laura also feels a growing disquiet at the relationship between Korben and Kate. Korben is increasingly less interested in his business responsibilities and pursues a possibly destructive mission to film the paranormal essence of Kate’s power. There’s a strong suggestion that these scientific investigations are actually killing Kate and as Korben is distracted by his obsession, his enemies gather and his power begins to look dangerously thin.

Few of Planetarium’s many strands are neatly tied together. There’s an ambition to almost every shot as Zlotowski creates a rarified version of nighttime Paris. If forced to pin it down, the overarching theme would be the attraction and the danger of magical thinking. The spiritualism is paralleled with the business of the movies. Both involve the creative imagination and require the suspension of disbelief; both commercial ventures which rely on fraud and credulity. Even if the film is itself credulous it also shows how the dreams can just as easily become nightmares with Europe, in the background, sleepwalking towards its destiny, so enwrapped in past trauma it can’t see the abyss beneath its feet. The production design by Katia Wyszkop and Anais Romand’s beautiful costumes give Planetarium the colour and texture of the final hoorah of bohemianism before the ashes and rubble take over.