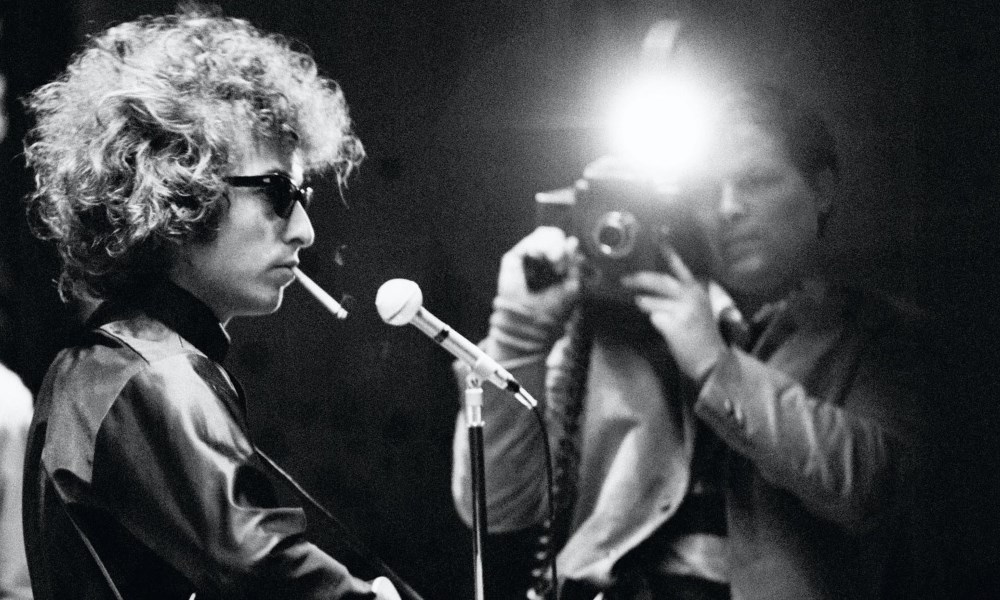 With Bob Dylan being awarded the Nobel Prize for Literature only this month, Criterion’s UK release of D.A. Pennebaker’s 1967 Dylan documentary Don’t Look Back could not be timelier. Documenting Dylan’s 1965 tour of England, Don’t Look Back privileges the back-stage conversations, managerial dealings and media interviews over his musical performances. The passive narrator’s stance that Pennebaker adopts is the perfect fit for his subject: his film is far less concerned with crafting a narrative document than it is with interrogating – and contributing to – the construction of Dylan as cultural myth.

The footage of Dylan’s interviews with the media are perhaps the best examples of this, footage which has itself gone down in legend, brilliantly replicated by Cate Blanchett in her uncanny depiction of Dylan in the 2007 film I’m Not There. In the famous interview with Time Magazine correspondent Horace Freeland Judson, Dylan adopts a laconic drawl, goading and baiting his interviewer. As slippery as a self-satisfied eel, Dylan evades and taunts his would-be interrogator, feigning sympathy – “I’m not putting [you] down, [you’ve] got to eat and live,” before deftly tearing the mirthless Judson to pieces: “I know more about what you do just by looking than you’ll ever know about me. Ever.”

Dylan’s rambling monologue is truly something to behold, at once cutting, funny, incoherent and cruel. And yet, tenderness is not lost on him, either: playful teasing of teenage fans as they vie for his autograph is sweet and warm, and even his goading early in the film of a young journalist is more chiding that venomous. It’s easy to mistake Dylan for a bully, but his targets are almost exclusively the powerful and the hypocritical; to quote ‘It’s alright, ma (I’m only bleeding)’, Dylan attacks the man “who sings with his tongue on fire […] Cares not to come up any higher / But rather get you down in the hole that he’s in.”

And let’s not forget that the whole thing is set to the some of the best music of Dylan’s career, mainly lifted from Bringing It All Back Home, his most recent and controversial album at the time. The snippets of performance that Pennebaker allows us are as electrifying as they are elusive, and one shot of Dylan as he defiantly belts out The Times They Are a-Changin’ amidst backstage technical hitches is one moment among many of visually gorgeous iconography.

Equally entertaining are the numerous scenes in which the singer is ferried from one hotel to the next, alternately marvelling at being described as an anarchist in the British press and riffing with folk legend and sometime lover Joan Baez , as well as fellow troubadour Donovan, who can only look on gormless and agape at his better. The total effect of these sequences is the feeling of hanging out with Dylan and his entourage. This is perhaps Don’t Look Back‘s greatest trick – convincing its audience that the Dylan we see here is anything other than a column of air: elusive, shifting and perpetually enigmatic.