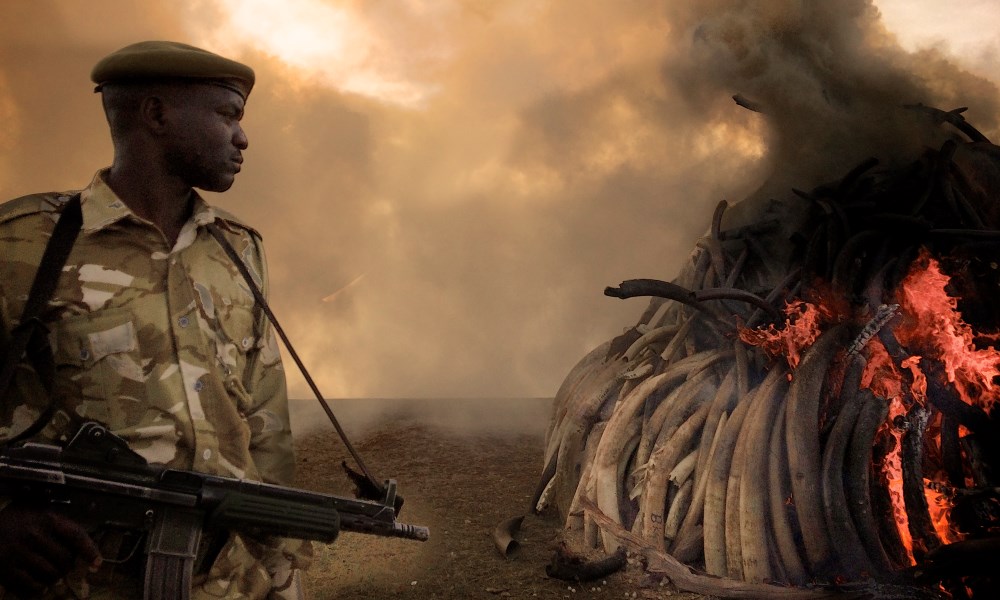 The stakes of The Ivory Game couldn’t be higher. Make the wrong moves now, or fail to make the right ones, and within a generation one of the largest and most beloved land mammals on earth will be no more. The gravity of the situation faced by the African elephant will stun many of those who behold the galling facts of Kief Davidson and Richad Ladkami’s revelatory documentary – this reviewer included: an astonishing 150, 000 elephants have been killed in the last five years and if this tide is not stemmed the animal risks total extinction within fifteen.

The evil of poachers and traffickers demonstrated by first-hand footage and hidden cameras here is almost unfathomable but the co-directors’ investigative work, informed principally by the pioneering environmentalism of WildLeak’s Andrea Crosta and undercover journalist Hongxiang Huang, speaks for itself and re-establishes what film can achieve as a medium of raising vital awareness. Released via Netflix, and exec-produced by Leonardo DiCaprio, The Ivory Game will be made immediately available to a worldwide audience, exposing the truth of a trans-continental chain of supply and demand, fuelled purely by monetary greed, which is seemingly out of control.

From the plains of eastern Africa at one end, via the vast port and carving houses of Hong Kong and onto shelves as ornate carvings in mainland China at the other, this is a multi-billion dollar production line which does not care for the cost – natural or human – of the collateral damage strewn in its wake. Punishing images of elephant carcasses, frequently beheaded, left to rot under the African sun are a sickening but necessary representation of the brutal reality. Equally, the number of park rangers and conservationists killed in gun fights with poachers armed to the teeth in their pursuit of tusks is astronomical. The collaboration of Kenyan, Tanzanian and Zambian groups to protect the animals shows just how widespread the problem is but does provide some hope in what can be achieved by nations work together.

A joint effort to apprehend the Godfather of the trade, Shetani (The Devil), provides some of the doc’s most high-pressured moments and opening with the steady beat of a drum and high angle shot following a convoy of cars headed to hit a target. Similar drone-like footage as well as night-vision lenses are used frequently throughout The Ivory Game, lending this expose the conflict zone edge which it merits. It also efficiently encapsulates the shady political influences which permit the ongoing import and export and the need for legitimate, unified pressure to initiate change. Using genuine ivory licenses as cover for grossly exaggeration legal limits, and with organised crime “never far away” according to one witness, there is a lingering frustration that Chinese president Xi Jinping, the man who in Crosta’s eyes has the fate of an entire species within his hands, is surrounded by such a wall of silence.

The film never comes close to questioning him directly; however, the pixelated image and disguised voice of government informant ‘Omega’ is enough to suggest the Snowden-like peril in which these brave individuals are placing themselves in speaking out against the system. The Ivory Game depicts humankind both at its deplorable worst and at its best. Its burning images will sear through conscience and consciousness but there is faint hope in the lasting hoof-print they leave.