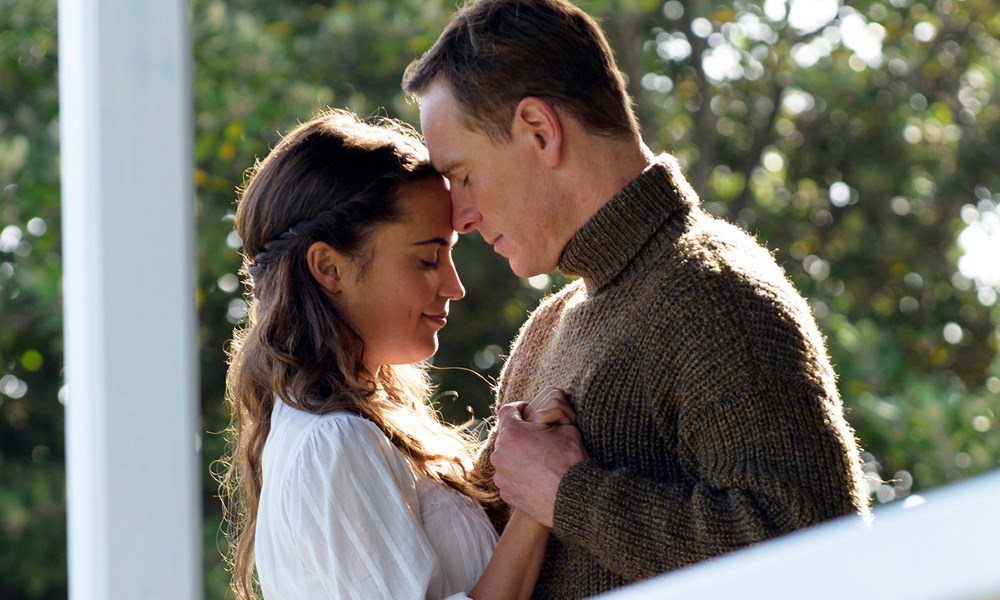 Ah, the lighthouse: visual metaphor of masculine vanity, anti-shipwreck device, and home to a solitary lighthouse keeper, desperate for company to keep him from his own thoughts. Sound romantic and, perhaps, sigh-inducing to you? Maybe a good setting for a nice romance? Well such was the thought of M.L. Stedman, writer of the popular paperback that has given rise to The Light Between Oceans, a period melodrama that’s soppier than a seaman’s mop.

Tom Sherbourne (Michael Fassbender) has recently returned home to Australia after fighting in The Great War. He’s a man of few words, seemingly bruised by his encounters in the battlefields of Europe, and when a chance comes to take up a solitary outpost as lighthouse keeper, he’s more than game. Things change a little, however, when he gets to know Isabel (Alicia Vikander): daughter of the local school teacher in the small town where Tom spends his ‘shore leave’ away from the lighthouse at Janus Rock.

She joins him on his tiny islet out at sea, sharing life with him in spectacular isolation. The only life they know is life alone together, and so – unsurprisingly – they want a baby; but when nature won’t seem to comply, freak circumstance provides them with a terrible quandary. A child is washed up on the shores of their secluded world, and they must choose whether or not to report the truth to the community back on the coast. The film is sumptuously shot – the rolling foam of the sea is captured in all its creamy, wine dark glory. So too the many seascape sunrises and twilight sequences, practically melting in pink and white light.

But, despite strong performances from a talented cast, the film struggles to rise above its shortcomings of story. The plot carries some intrigue toward the very end of its third act, only to peter out in a disappointing puff of cheap sentimentality. With so much in the film, the appeal is only surface deep. The title itself is an appropriate synecdoche for the greater work – it sounds impressive, deep and portentous – but is ultimately far too shallow.