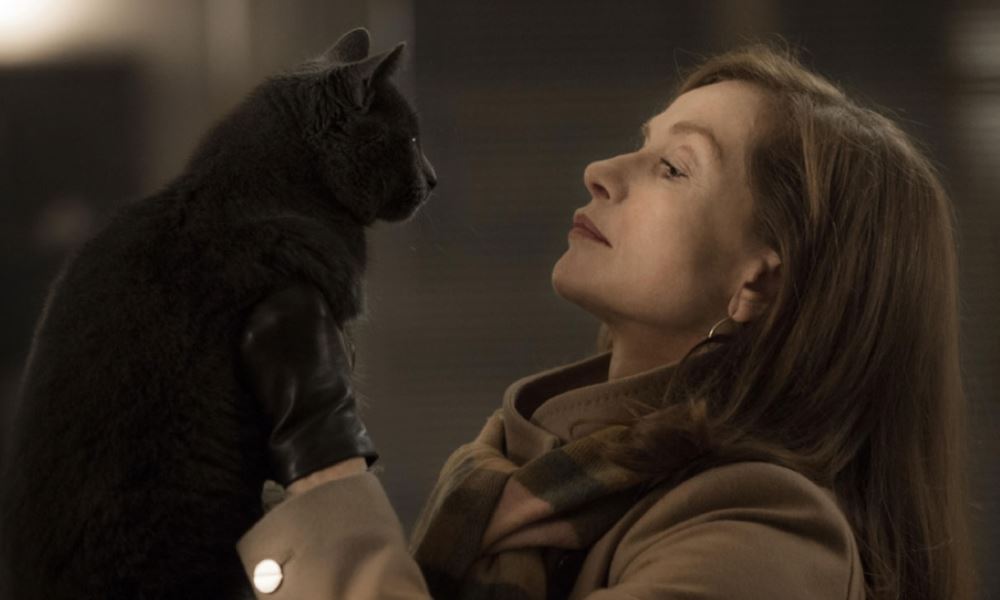 Isabelle Huppert’s nuanced performance proves the perfect linchpin for Paul Verhoeven’s provocative and divisive new thriller, Elle. Her character, Michèle Leblanc, is a recognisable evolution of the director’s oft-portrayed femme fatale – one that twists various misogynistic tropes into a force of destruction and emancipation. Huppert has been lauded throughout awards season, her spiky demeanour the most obvious layer of a conflicted, complex individual.

In much the same way, the term ‘rape comedy’ – which was liberally used to describe the film after its Cannes premiere – is a glib and reductive summation of a tantalising and traumatising work of Puckish ambiguity. The problem is ostensibly created with how entertaining the film is. It rattles along as a gripping psychosexual thriller whilst employing a darkly comic streak that may not sit comfortably with all audiences, given the subject matter. Levity can, in some instances, undermine the seriousness of what is being portrayed on screen. On this occasion, what the humour in fact does is undermine the assumption that the events in the film – from the brutal rape scene that it opens with – are in any way extraordinary.

We tend to expect comedy from the more mundane elements of everyday life and Elle’s bold treatise is that rape culture is a ubiquitous element in the lived experience of many women. Laughing at it reduces its shock value – much like in Vera Chytilova’s 1998 rape romp Traps – which is itself more shocking than its traditionally sombre treatment in western cinema. This is a film portraying patriarchal misogyny, not condoning it. However, Verhoeven has no interest in delivering his biting critiques in easily digestible pieces. After repeated rapes Michèle begins to turn the tables, but this doesn’t happen in the same way as a more typical rape-revenge thriller.

Empowerment doesn’t come immediately through retaliatory violence, but once Michèle learns the identity of her attacker, she instead engages in a perilous game to satisfy her own masochistic sexual desire. This is where Elle does become truly problematic, as despite turning the tables and giving her some semblance of control, it also veers into dangerous territory of victim-blaming that seems more at home on an alt-right message board than an art house cinema. This is the kind of material that meant the film couldn’t be made in the US and wouldn’t exist without an actress of Huppert’s bravery and incredible skill. Michèle is herself a caricature of male projection. While this is perhaps the result of being written and directed by men, it is also intentional.

Michèle is the bitchy-boss, the ice-cold wife, the sharp-tongued mother and deceitful best friend. She is all of the reasons that Verhoeven is able to create a roster of humiliating men who may or may not be her attacker (he breaks into her house in a costume not dissimilar to Diabolik). The fact that Michèle’s job is as the head of a computer game company who specialise is fetishised violence against women only exacerbates her perceived complicity – another uncomfortable moment when Verhoeven almost has us believing she’s only got herself to blame.