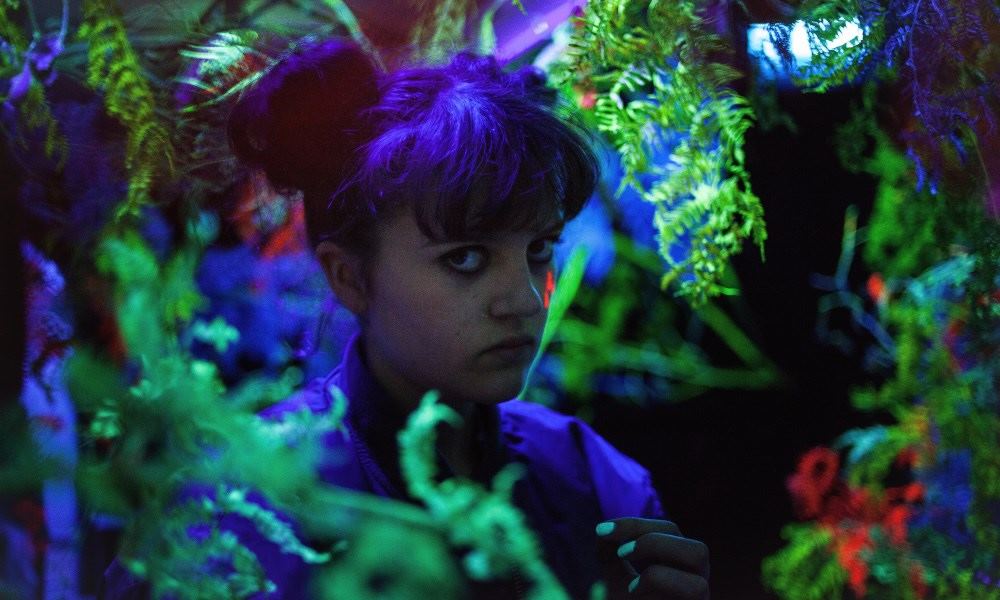 Alex Taylor’s Spaceship makes no bones about its American arthouse influences. In transporting the acclaimed pairs’ teenage wasteland visions of America to Aldershot, Taylor’s creative gambit could have been a move fraught with the perils of imitation.

Yet there is imagination and poetry all its own making, in Spaceship. It’s not only found in the photographically striking Day-Glo colours or the delightfully eccentric techno-goth costume design – spot the character wearing a PVC xenomorph outfit – but in turning dreary British suburbs, woodlands and derelict land into places with surreal possibilities. A black hole painted on a bedroom wall is a portal-like void; local kids are drawn to a nearby pagan burial chamber; fairground rides spin like UFOs against the night sky, and an empty backyard swimming pool is transformed into a place of spiritual rebirth.

Lucidia (Alexa Davies) is adrift in life. Haunted by the death of her mother, a suicide case, the girl’s Finnish father, an archaeologist (Antti Reini), is more interested in a local dig than his daughter’s trials. One day she disappears, leaving a hole in his heart and a curiously emotionless response among friends, many of whom are experiencing their own set of personal issues. Interspersed are vignettes capturing various peripheral figures and their daily lives. From squaddies doing press-ups in neighbourhood playgrounds and riding their BMXs, a lad who thinks he’s the town’s answer to Twilight’s Edward Cullen and a girl and her man experimenting in domination play (she takes him for walks on a lead and makes him act like a dog).

Spaceship is at its best and its most convincing when focused on Lucidia or Tegan (Lara Peake), a depressed young girl who flirts with death during a rave and who, at an earlier point, changes into a dead ringer for Lucia’s departed mother. A rare modernist-tinged depiction of growing up in the provinces, compelling, impressionistic and melancholic to the core, Spaceship is accessible but arty; occasionally charming, but always holding the viewer at arm’s length; funny yet sombre; emotionally fragile yet with a hopeful finale.