Film Review: The Other Side of Hope 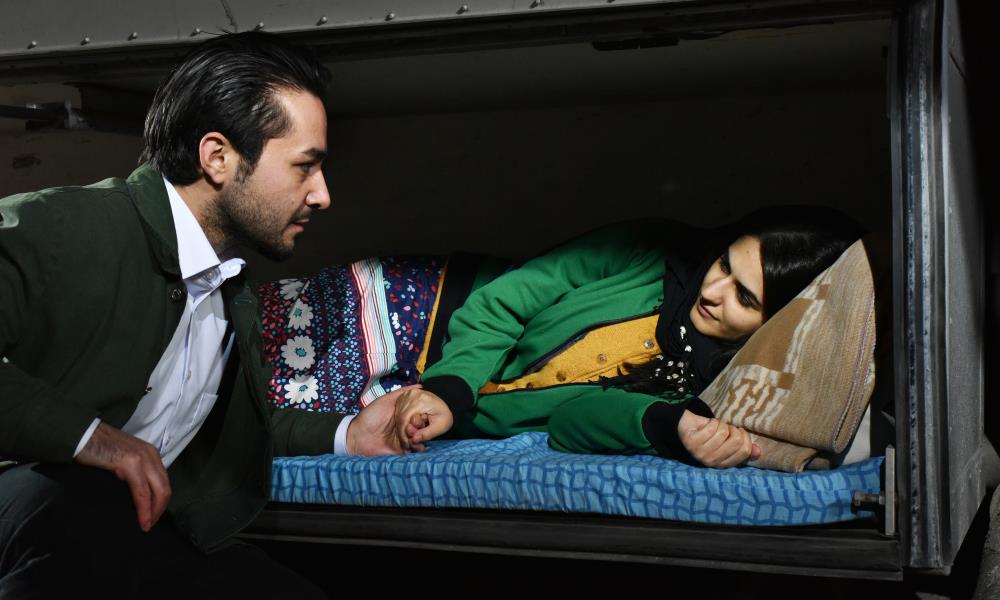 Aki Kaurismäki’s The Other Side of Hope is a funny, heartfelt story about the Syrian refugee crisis that’s not dissimilar to the Finnish director’s Le Havre: a compassionate comedy about the experiences of an African boy arriving illegally in the titular French port town.

Kaurismäki’s latest is another tale about the tragic misfortunes that befall the most vulnerable in an uncaring society, taking the heartwarming class unity of his earlier work and using it as a means to suggest a better world – one where people aren’t judged by race, religion or where they come from. There are two narrative threads that play out in parallel, with the experiences of a Syrian refugee seeking asylum in Finland running alongside the story of a disillusioned salesman attempting to reinvent himself as a successful restaurateur.

We first lay eyes on Khaled (Sherwan Haji) emerging from a pile of coal on a freighter ship that has just docked in Helsinki. Although his face and clothes are blackened with soot he heads straight into town and, after showing up at a nearby train station, goes to the nearest police station to make a request for asylum. Meanwhile, shirt salesman Wikström (Sakari Kuosmanen) has left his wife and sold his remaining stock. He takes the proceeds to a local casino and, using the same poker face all Kaurismäki protagonists share, he wins enough money to buy a nearby restaurant called The Golden Pint.

When Khaled’s application for asylum is refused the police arrange for him to be repatriated. However, on the day they come to take him to the airport he flees, going underground where he’s forced to evade both the authorities and a small group of radical right-wing hooligans. One morning Wikström finds him sleeping behind a bin and, after a bit of fisticuffs, invites him to join the ranks at The Golden Pint. Kaurismäki’s style remains as deceptively simple as ever, resolutely direct in its clean lines and saturated colours, finding stillness in motion and geometry in light. There isn’t a single dull frame in the entire film, with each finely rendered interior inviting the audience to open their minds to the beauty of the commonplace.

Even Aki’s images of people are geometrically composed, framing them in exactly the same way he frames architecture; drawing direct parallels between people and place, their actions and their environments. Another slice of poetic-realism from the master chronicler of marginalised voices, Kaurismäki combines sharp social observation and compassion with a timely message about acceptance. Using comedy to chase away the despair of modern life, The Other Side of Hope is a thoroughly satisfying and distinctively lovable film.