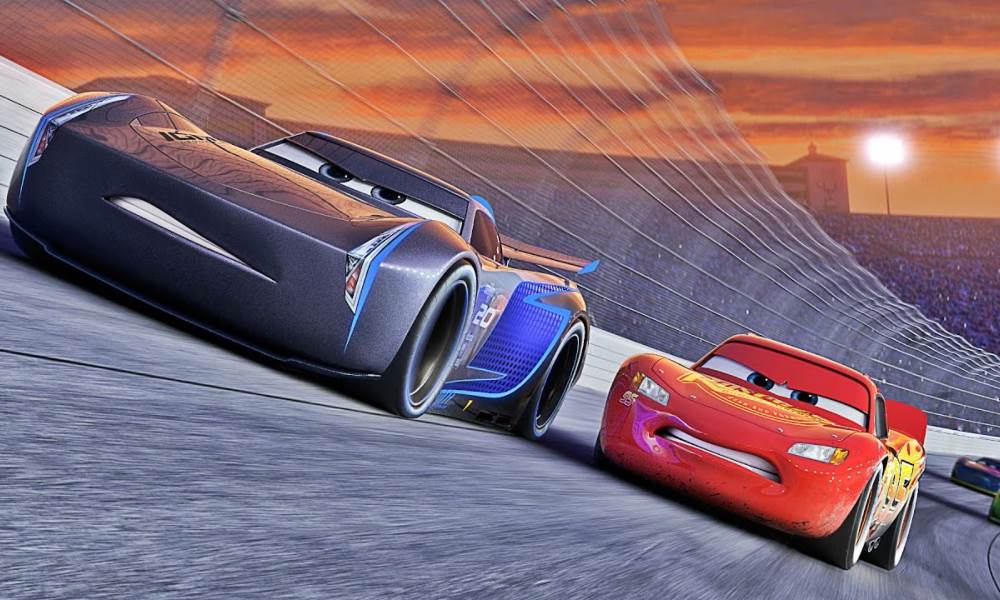 In what is a marked improvement on its predecessor, Cars 3 – the final part of Pixar’s series about anthropomorphic automobiles – delivers dazzling visuals and an entertaining story, despite a spoon-feeding approach to communicating the usual family-friendly messages.

Lightning McQueen (Owen Wilson) has been racing for years, winning time after time. That is until new car Jackson Storm takes the world by storm, taking over McQueen’s place on top and leading him to a fatal crash that takes him out of action. Left down on his luck and feeling like this may be the end of his career, McQueen retires to Radiator Springs, where it’s up to his old pal Mater (Larry the Cable Guy) to convince him that it isn’t the end.

Put back into training with the latest in high-tech software to track speed and power, McQueen tries to adapt to new techniques. But it’s only when him and new mentor Cruz Ramirez (Cristela Alonzo) take a detour towards the comeback race in Florida that McQueen starts to believe in his chances. First-time director Brian Lee, who has worked behind-the-scenes on a number of previous Pixar films, takes the Cars series back to its roots, with the script placing focus back on beloved character McQueen, voiced with enthusiasm as always by Wilson.

The stakes here aren’t particularly high, but the arc for McQueen is more personal and therefore more relatable to audiences, especially adults; those of a certain age starting to look back on their lives. It’s perhaps the most mature instalment of the series in that respect. The addition of Ramirez, too, adds a new, female angle to the world of racing; hers an arc that rivals in how refreshing it is. Alonzo is a wonderful voice actress; bright and bubbly, but with a sadness there that reflects Ramirez’s struggle to be accepted in a male-focused environment.

As mature as it is in comparison to the previous entries, Cars 3 is firmly aimed at kids, with plenty of humour, colour and physical comedy thrown in to keep them entertained. The visuals stand-out considerably also, the animators taking a step up from what they’ve done. It’s captivating to watch the races unfold, and one particular montage in which McQueen drives across America, through many states in all types of weather, is a real wonder to watch.

Pixar have for many years now been considered the animation studio to beat. And while the Cars series reflects the low end of the scale in terms of the studios output, Cars 3 has to be recognised in how much it attempts to shrug off the obvious pitfalls of Cars 2 and return to what made Cars better than many critics initially dubbed it. It’s a fun film set in a vivid world with not one but two characters who, by the end, have learnt some real lessons and had some fun along the way.