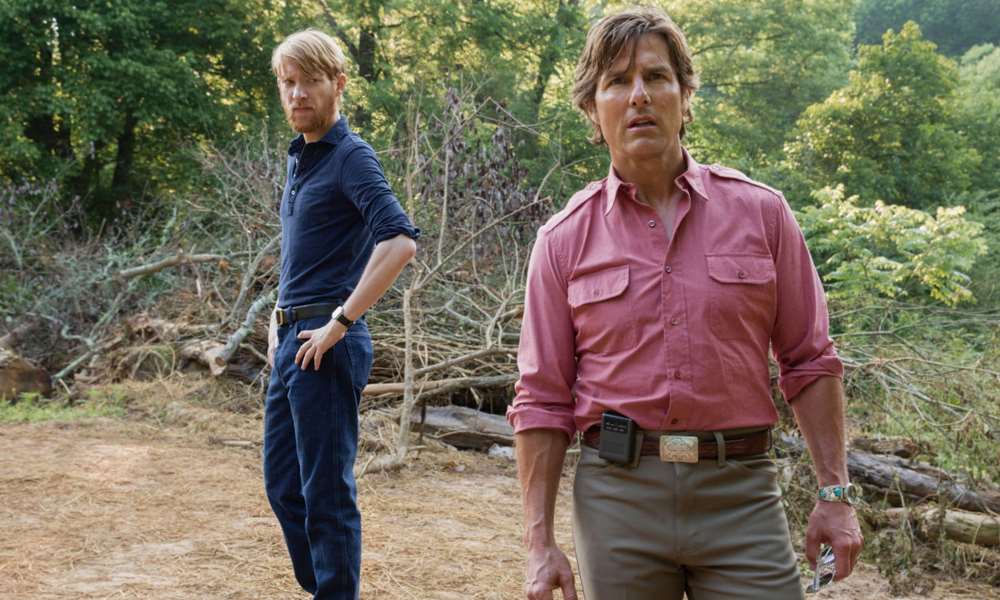 Edge of Tomorrow director Doug Liman and megastar Tom Cruise collaborate for the second time on American Made, a rogue’s tale set in the bloody world of 1980s drug trafficking. Cruise rides the Breaking Bad and Narcos train, only not as well as either.

Taking a time out from saving the world, Cruise puts on his character-actor hat and portrays a “big dick playa” (to quote his character in Tropic Thunder), a US pilot getting one over on the mighty Pablo Escobar, the paranoid US government and his dodgy CIA handler (Domhnall Gleeson). Unlike Breaking Bad’s Walter White, Barry Seal (Cruise) is more like Marty Bird (Jason Bateman) from the recent Netflix series Ozark. The only thing forcing Seal into CIA-sponsored criminality and a date with the Medellin cartel (he becomes their chief courier, flooding America’s discotheques and Hollywood with primo yayo), is his chasing the American Dream.

Seal sees an opportunity to earn mega bucks and blithely takes it. “Is all this legal?” he asks Schaffer (Gleeson), when scouted to join Uncle Sam’s team. “If you’re doing it for the good guys,” the shady CIA op responds glibly, a line which serves to highlight American Made’s limits in satire. Cruise has a blast playing a shady dude in it purely for the money, money, money. The scene where he crashes a plane in suburbia, climbs out with a satchel of dough, dusted head to toe in cocaine, from a bag that exploded on impact, buys a kid’s bike in $100 bills, then peddles away like he’s late for school, is one of the film’s best sequences and is genuinely thrilling and hilarious.

While Seal’s madcap story from bored TWA employee to marked man is often riotous and engaging, especially the history lessons we get about Republican meddling in Central American countries, Liman’s directorial style is irksome. The film, for instance, has more Dutch angles than the population of Holland. There’s something very self-satisfied, smug even, about the see-sawing camera movements; the breaking down of the fourth wall (via videotaped messages recorded for posterity); use of animation, then cinematographer César Charlone goes and commits the cardinal aesthetic sin of photographing Central and South American countries in a bleached out, orange-y hue, a colouring process which has plagued just about every American movie set south of the border since Steven Soderbergh’s Traffic.

Latin America through the eyes of the Instagram filter is the look Liman set out to achieve, by the looks of it. Nothing exceeds like excess, as Michelle Pfeiffer’s coke-sniffing moll put it in Brian De Palma’s Scarface, but American Made is ultimately an anodyne cautionary tale, even if it has a swell time hanging out with psychopaths and is almost light-hearted in the portrayal of drug trafficking and murder. But Colombia under Escobar and the drug cartels dominance was a daily horror show, not a sitcom.