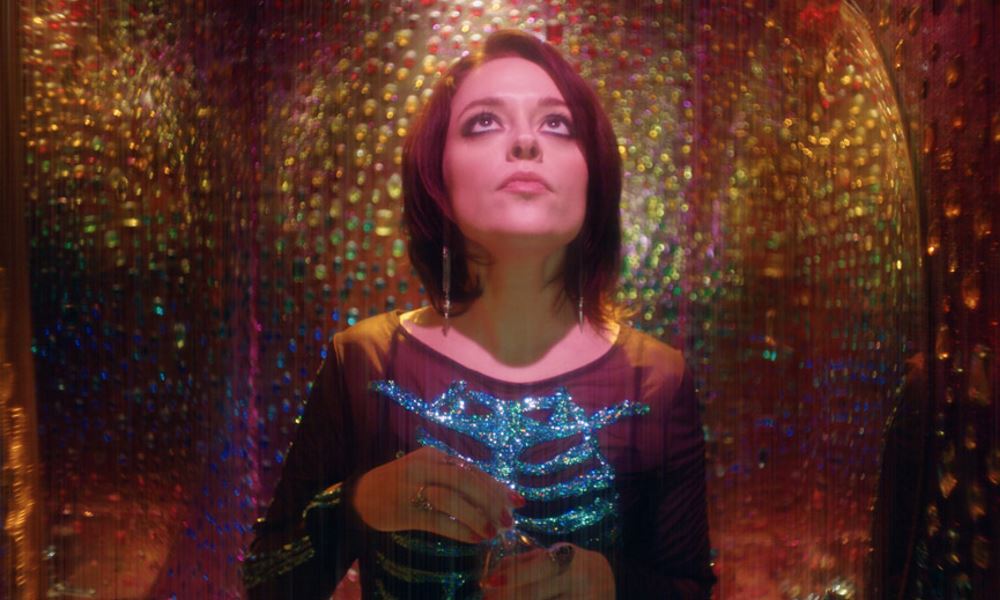 It would be unfair to dismiss Imitation Girl as an Under the Skin knockoff. Both are art films featuring an alien landing on Earth and assuming the form of a young woman, the theme of identity crisis is strong and there’s black gunk. That’s where similarities end.

Natasha Kermani’s elliptical, poetic film, strikingly photographed whether in desert environs, homey interiors or urban landscapes, is spearheaded by genre star Lauren Ashley Carter (Jugface, Pod, Darling). Carter is one of those up and coming actors destined for big things and her dual performance as Julianna and the Imitation Girl is impressive. Carter portrays a sad-eyed junkie in crisis, a person struggling to keep it together, and as Imitation Girl, the Farsi-speaking alien from beyond the stars mimicking and then learning our weird human ways (Twin Peaks fans will immediately think of Dougie Jones), the performance is softly charming.

Imitation Girl never moves into generic territory or routine ‘the doppelganger is coming to get me’ madness. It rests on something far more invigorating and thematically poignant related to gender politics. Julianna is at a crossroads in her life, where her job, drug addiction and an upcoming audition to attend a top musical conservatory, conspire to take her over the edge. The alien double’s role is less to invade her life and take over than it is to facilitate an escape, the end result achieves a feminist fairy-tale with a shivery existentialist twist.