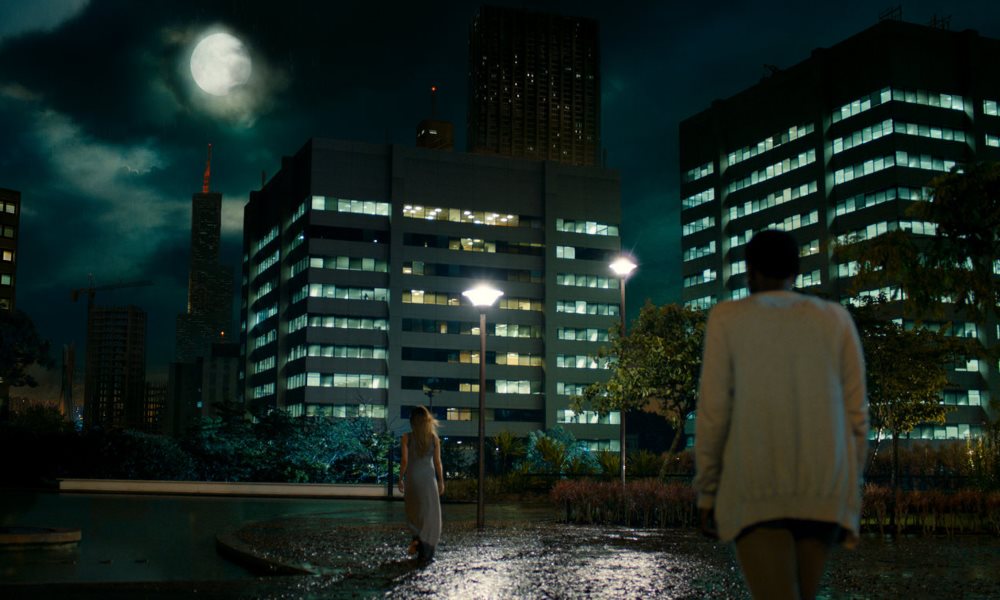 Clara (Isabél Zuaa) goes for a job interview as a nanny for a wealthy and pregnant young woman called Ana (Majorie Estiano). It doesn’t go particularly well. She didn’t finish her nursing degree and when Ana calls one of her references it turns out to be her landlady who asks for her rent. However, Clara gets the job which begins to change. She needs to be the live in housekeeper and general factotum as Ana concentrates on her dance videos and occasional shopping trips. As the two women become closer, we realise that although they come from different social realities, they actually have more in common than they originally thought. So far, so The Intouchables.

If there is one thing that hints this isn’t social realism, it might be the way the city looms like a magical realm in the distance or the moon bathes the interiors in a Hammer House of Horror glow. Before you can say An American Werewolf in London, Ana is sleeping-walking. Is this just a pregnancy related yearning for blood, or is it a sexual awakening as Ana and Clara have sex? However, another somnambulist episode leads to the lewd punning of an actual cat being eaten. Something monstrous is going on and the baby is not just kicking anymore, but clawing and biting.

Good Manners elegantly jumps between genres, from social drama to body horror and even slipping into a musical via Clara’s operetta mad landlady Dona Amélia (Cida Moreira). Pregnancy is never a half step away from horror anyway – see Rosemary’s Baby – and the political divisions of Brazil are obviously there to be commented on, while at the same time this isn’t the extremes of the favelas versus gated communities. In fact, as the film goes on the focus drifts and the movie settles into a more recognisable and therefore less compelling horror scenario – not so much Teen Wolf as Adolescent Wolf as Clara some years later is seen looking after Ana’s seven-year-old child Joel (Miguel Lobo) as her own. She has moved back to her old apartment and moved up in the world, but Joel is of that age where he starts asking awkward questions about his family and begins to chafe at the chains which literally bind him in the reinforced ‘little bedroom’ behind the wardrobe whenever the moon is full.

Rui Pocas’ cinematography is rich with particularly lush use of matte paintings for the cityscapes and the contrast between Ana’s antiseptic wealth and the colourful jumble of Clara’s home is effectively marked. In the latter stages of the film, the increasing burden placed on special effects and some sub-par CGI strains credulity. Werewolf transformations have a cinematic pedigree from Lon Chaney through The Company of Wolves and John Landis’ aforementioned masterpiece so there’s tough competition out there. However, these are perhaps minor qualms for a film so bold and enjoyable.