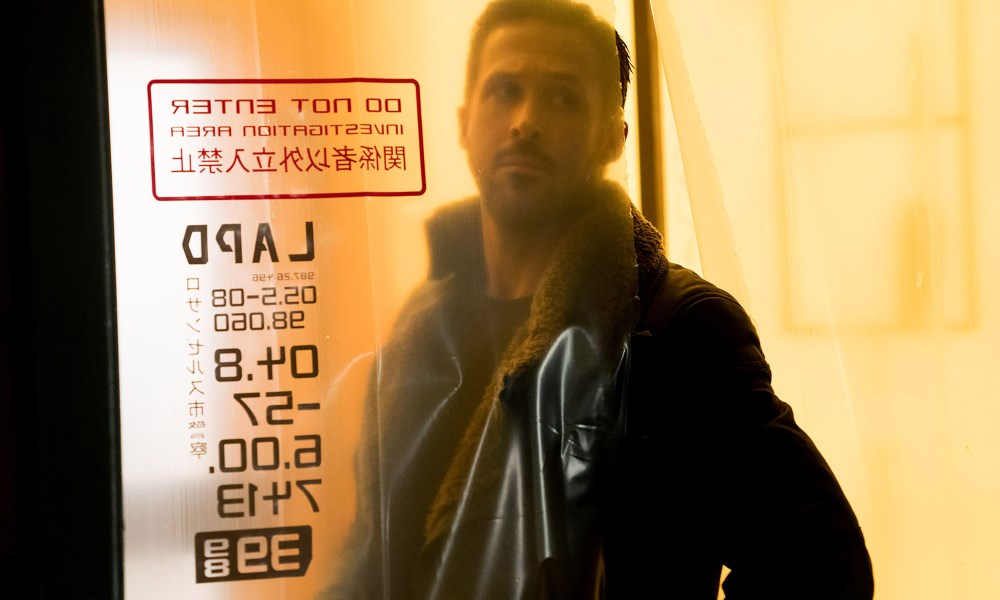 One of the most eagerly-awaited films of 2017, we run the critical Voight-Kampff test to find out if Canadian director Denis Villeneuve’s Blade Runner 2049 is a shoddy replicant of Ridley Scott’s acclaimed 1982 original, or a new generation of science fiction.

In an early draft of Hampton Francher’s Blade Runner script, there was a scene in which a bounty hunter in search of renegade androids visits a lonely shack in the middle of the wilds. That scene has now become the opening to Canadian director Denis Villeneuve’s hugely impressive Blade Runner 2049. The ‘blade runner’ this time around is a sleight functionary who goes by the Kafkaesque moniker Officer K. Here he confronts would-be grub farmer Dave Bautista in what initially looks like a mismatch, but in an immediate reversal to the original, K reveals himself to be what Bryant called a “skin-job”, a replicant – in fact, a new quicker model replicant tasked with a dangerous job no human wants to do. He retires his replicants, glues his wounds closed and undergoes a quickfire reset back at the LAPD base where his lieutenant and wrangler (Robin Wright) assigns him new tasks.

K is treated with open contempt by the human cops. He lives in a cruddy apartment block where his door is daubed with ‘racist’ graffiti. His only consolation, and the only relationship which allows him a modicum of ‘human’ interaction, is with Joi (Ana de Armas), a VR girlfriend who has stepped out of an upgraded version of the Spike Jonze film Her. Without giving too much away, K finds himself rooting around the substrata of Los Angeles in pursuit of a shocking development in replicants that could have dramatic implications. As his boss says, the truth, if it falls into the wrong hands, could lead to a war or a massacre. He is trailed from afar by the new designer of replicants Niander Wallace (Jared Leto) who, like an airbrushed Jesus of Nazareth, takes on the full role of the creator and destroyer of lives, with the aid of his exterminating angel Luv (Sylvia Hoeks).

Villeneuve, his justly-celebrated cinematographer Roger Deakins and production designer Dennis Gasner have created a stunningly beautiful film – an almost hallucinatory, sensory odyssey through landscape and light. Although steeped in visual jump-offs from the original, they push into different realities, from the huge advertising hoardings and the cyberpunk LA street scenes to an endless junkyard and a ghost-like Las Vegas, a literal red desert of diffuse light. The world of 2049 is the dispiriting wet dream of soulless capitalism. Art is porn; everything is available; nothing is real. Children are hoarded into orphanages to pick through circuit boards in a scene that feels like Dickens rewriting Neuromancer to include a Chinese iPad factory.

Empathy has been vacuum-packed away from the real world. The absence of the Voight-Kampff test suggests that it is no longer reliable at distinguishing human characteristics. If the first film hinged on the question of whether Deckard was really human, the new film posits the idea that Gosling’s replicant might be the post-human vehicle for an otherwise absent humanity. His performance mixes elements of Roy Batty and Harrison Ford’s original character – mainly the wardrobe – but the key figure is William Sanderson’s tragic genetic designer J.F. Sebastian: a small cog fitting into a larger machine he’s struggling to understand. When Deckard does show up, it is almost like a repressed memory. His blade runner was always battling to re-discover a humanity drowned in booze and murder, and here Ford imbues his hermit with a Lear-like tragic misanthropy.

Also deserving mention, the score – with Hans Zimmer and Benjamin Wallfish replacing Johann Johannsson at the last minute – references Vangelis throughout while subtly becoming its own thing. The single thumping gunshot percussion that begins the 1982 film beats through this film like the foreboding advance of fate as other themes come back to recreate a sense of melancholy and loss. Blade Runner 2049 is not a perfect film. The pace occasionally puts the plod in the procedural and some story elements are introduced only to drift away to the land of possible sequels. But Villeneuve has created a genuinely thoughtful piece of sci-fi which escapes the gravitational pull of its inspiration to become something – to paraphrase Dr. Eldon Tyrrell – more Blade Runner than Blade Runner.