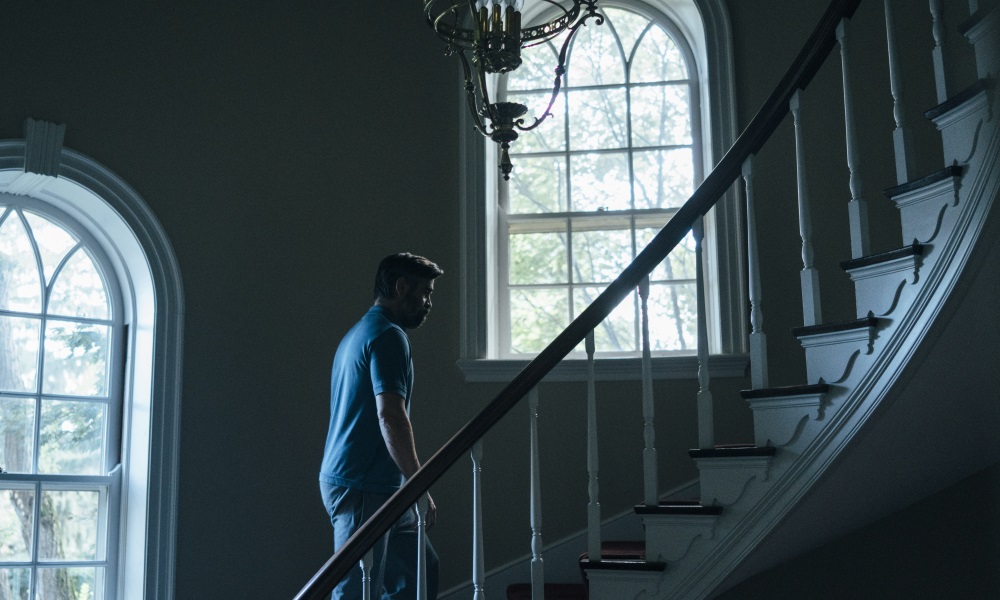 Greek director Yorgos Lanthimos follows up 2015’s The Lobster with his second English-language feature. Starring Colin Farrell and Nicole Kidman, The Killing of a Sacred Deer is another dark comedy about the awful things we do to ourselves and others.

Lanthimos’ career has been built on placing people in unusual scenarios – from the strange to the downright absurd – and taking a step back to watch the emotional havoc they reap as a result. Things are no different in his latest endeavour, which sees him take inspiration from a Greek myth to craft a horrifying ultimatum placed before a man ill-equipped to deal with it. The story has its roots in the background to Euripides’ final play, Iphigenia in Aulis. That story saw Greek king Agamemnon punished for killing a deer sacred to the goddess Artemis by being forced to sacrifice his daughter, Iphigenia. Lanthimos contorts the basic premise, offering a twisted alternative to ‘Kiss, Marry, Kill’ as punishment for a past error.

The man at the centre of the action, the king tasked with making a horrible choice, is Colin Farrell’s affluent beardy heart surgeon, Steven. Back with a similar stilted turn to that as David in The Lobster, he’s Agamemnon’s second-guessing indecision made flesh. Early on he copies his choice of a watch from a colleague, a comedic act of diffidence that has far-reaching connotations for what is to come. The watch is for a teenager (Barry Keoghan) with whom he has a platonic, but queasy friendship that Steven initially keeps secret before introducing him to his wife, Anna (Nicole Kidman), and kids, Kim (Raffey Cassidy) and Bob (Sunny Suljic). This ambiguous and unsettling arrangement takes a turn for the ominous when Bob one day cannot get out of bed and David is confronted with the task of killing one of his family or seeing them all suffer a similar, lethargic fate. As they are physically paralysed, so he is mentally.

All of the actors play this stifling drama with a po-faced archness to match Farrell’s and which echoes that of Lanthimos’ previous work. It’s an unusual pitch that not everyone can get along with but which has myriad rewards for those that do. First is its comedic potential, best enjoyed in Farrell’s buttoned-down performance, but evident throughout the entire cast. The delivery of almost every line can be received with amusement, particularly in the delivery of intimate, personal, or confrontational dialogue with a vacuous monotony. The exact same lines can have the alternative outcome – kind of a voice Kuleshov effect – at other times, Barry Keoghan in particular managing to delivery with a truly unnerving coolness. “My mom’s attracted to you. She’s got a great body.”

What the stripping of intonation really does, though, is remove the safety blanket of emotion. The situation heads to the depths of human behaviour – not least when David’s family realise one of them must die and grim comedy as they begin attempting to manipulate their way into their father’s affections – and the mannered performances lay bare those depths. The same can be said for the clean, unfussy camerawork and the often unpopulated locations which lack distractions from the psychological narratives. The characters are not unfeeling automatons, but the almost Brechtian removal of sentimental cues makes the observations about our baser instincts all the more confrontational. While we can laugh at David’s perpetual spinelessness, Lanthimos’ distinctive – and admittedly divisive style – renders it all the more human.