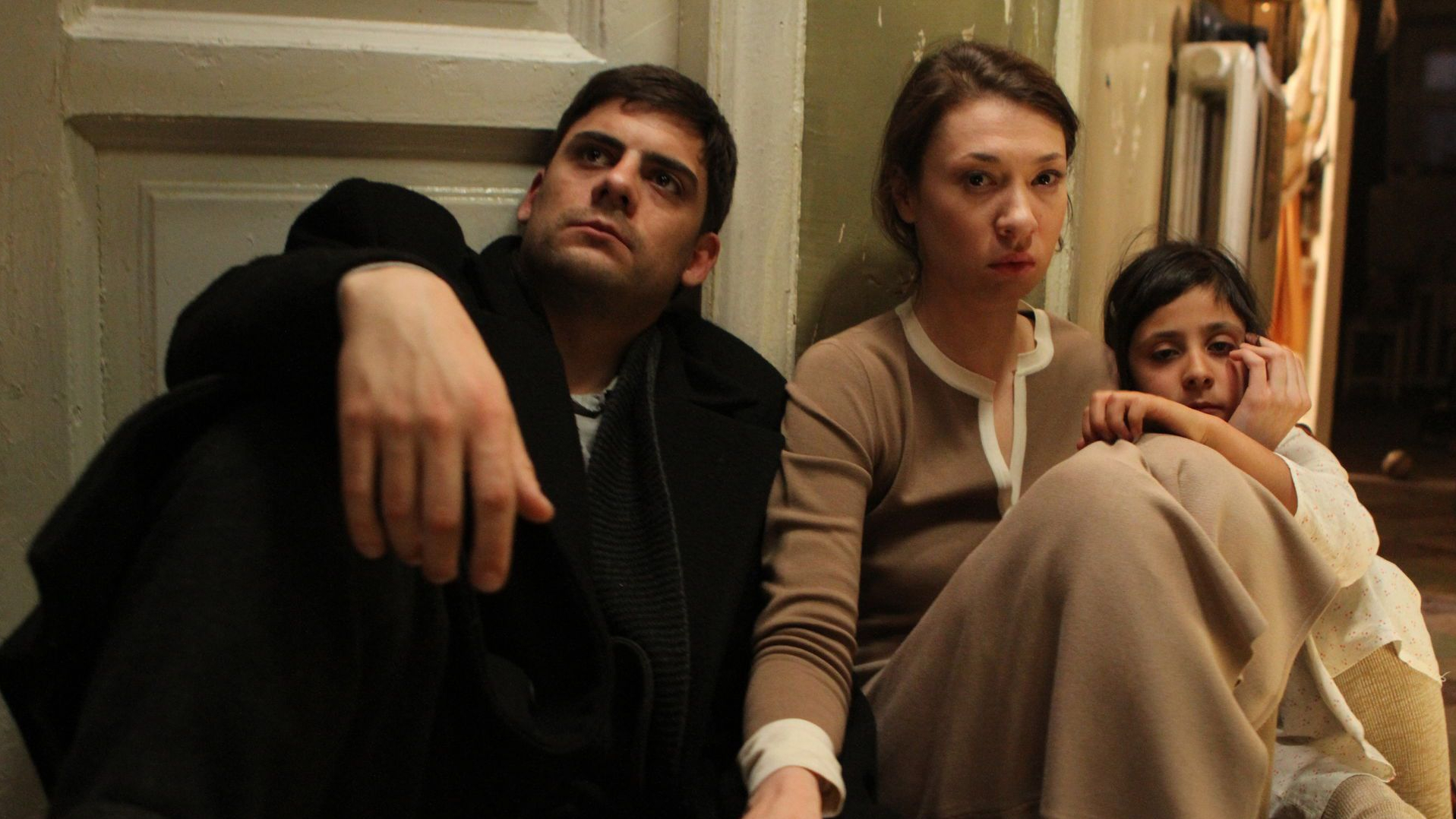 If a novel is written but there’s no one there to read it does it even exist? What it means to exist in a world without creative freedom is central to Alexey German Jr’s Dovlatov, a film that circles around and threads through the life of Russian-Jewish writer Sergei Dovlatov.

Dovlatov once said “There’s a reason every book, even one that isn’t very serious, is shaped like a suitcase” and here German takes us on a six-day journey into 1970s Leningrad before the writer left the Soviet Union to seek greater freedom in America due to the censorship imposes during the cultural freeze of the Brezhnev era. Not that this stops him from constantly dreaming of the Soviet leader: together they drink piña coladas, discuss foreign policy, and consider the merits of Hemingway with Fidel Castro. During the 1970s, Dovlatov (played here by Serbian actor Milan Marić) was only able to circulate his work in secret, so during this period he mostly worked as a journalist for local industry newspapers.

We observe the demeaning nature of this work when he is sent to report on the launching of a new boat commissioned to celebrate the anniversary of the Russian revolution. He interviews factory workers dressed as classic Russian and Soviet novelists against the cold metal backdrop of the newly finished tanker, a clear metaphor for the crushing machinery of the state that refuses anything but the classics and positive novels to be released. It’s therefore no surprise that he introduces himself as Franz Kafka, seemingly caught in his own surreal world in which all his plans and desires are slowly falling to piece; fighting against a larger force that does not lend itself to the way he perceives the world.

Thankfully, German never idolises his subject, instead allowing the audience to walk alongside him, with intricate tracking shots and immersive sound design alluding to a sense of progression, whilst actually reflecting a life spiralling in circles. The roving camera of cinematographer Łukasz Żal (perhaps best known for his work on Paweł Pawlikowski’s Ida) conveys Leningrad as a city seemingly populated exclusively by the intelligentsia; an otherwise half-abandoned world cloaked in a permanent fog of cigarette smoke and melancholy.

However, these sombre textures are little more than the place-settings for a series of larger, philosophical ideas. Big themes, blatant symbolism and lengthy conversations about existence clashing constantly, revealing not only the motivation behind this generation of artists who overcame the stagnation of the period, but also a meditation on today’s Russia, and its complex relationship with the arts. No doubt many will find German’s approach pretentious and overly repetitive, but as Dovlatov wryly points out during a conversation with a fellow writer: “Talent rarely aligns itself with success”.