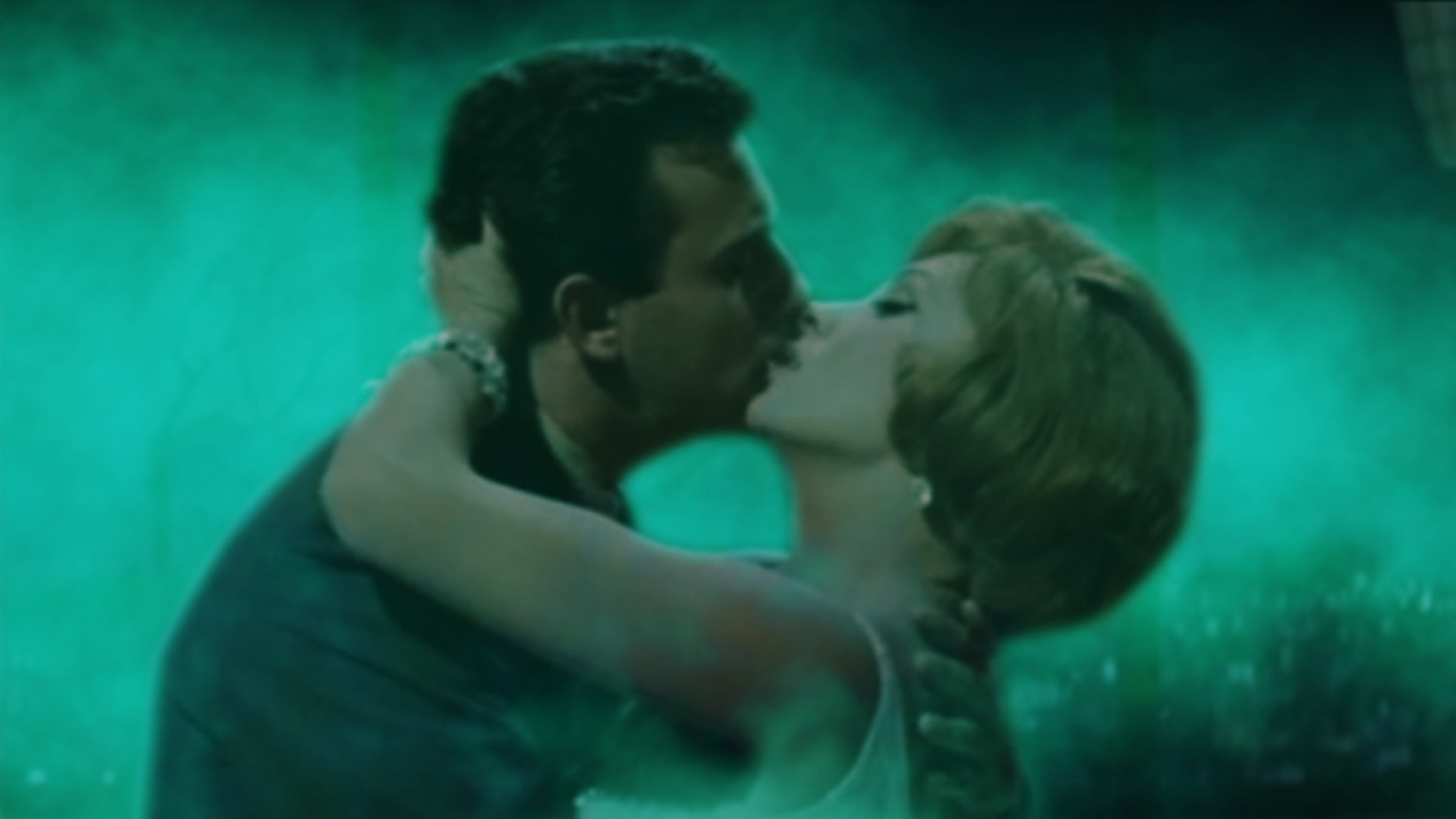 A veritable treasure trove for cinephiliacs, The Green Fog sees Guy Maddin and his Forbidden Room team use footage repurposed from movies and television shows shot or set exclusively in San Francisco to create a cinematic echo of Alfred Hitchcock’s classic thriller Vertigo.

Commissioned by the San Francisco International Film Festival, but born out of obsession, The Green Fog is part city symphony, part playful tribute; but primarily an example of pure, unadulterated cinematic delirium. Maddin, and his editors, Galen Johnson and Evan Johnson, pick carefully at the frayed strands of all this archive footage, stitching it all back together again to create a bastardised version of Hitchcock’s masterpiece. The result is a gloriously perverse curio; as if James Stewart’s Scottie had tried to make Judy resemble Madeline, but was only armed with a blunt pair of scissors and a gift card for a discount clothes store.

Very much the kind of mind-melting opus we’ve come to expect from Maddin, who is carving himself out a niche as an abstract expressionist of the editing suite, The Green Fog begins with Rock Hudson, held at gunpoint, eating a sandwich, as he’s forced to watch images projected onto a screen; a frantic mosaic of roof top chases, romantic encounters and absurd comings together. Then there’s the titular fog, a pervasive emerald mist, digitally applied to give the film a touch of intrigue and Hitchcockian suspense.

Despite loosely following the narrative and thematic structure of Vertigo, there’s no linear chronology to this pick-a-mix of footage, just the uncanny sense that we’ve seen this all before; as if the memories of the city are seeping uncontrollably from its pores. Along the way, scenes from The Conversation, The Lady From Shanghai, The Birds and numerous other films, bleed into footage of Chuck Norris looking mournful and TV clips from Murder She Wrote and The Streets of San Francisco, Meanwhile the film’s comedic sensibilities emerge from the Johnson’s witty editing manipulations which, presumably for copyright reasons, strip the film of dialogue, cutting around it and in doing so, creating wordless encounters between character full of suggestive silences and unintentional flirtation.

That’s not to say there isn’t any dialogue in the film, with the incongruous inclusion of a NSYNC video, and Michael Douglas commenting on his own naked body providing some of The Green Fog’s biggest laughs, but on the whole this is a silent affair, with scenes lent meaning by Jacob Garchick’s frenzied score. A celebratory, often hilarious piece of work, that so clearly crafted out of a genuine love of film that it leaves you coming away moved; this archaeological excavation of San Francisco’s rich cinematic history is a joyously perverse compendium of cinema’s innumerable possibilities.