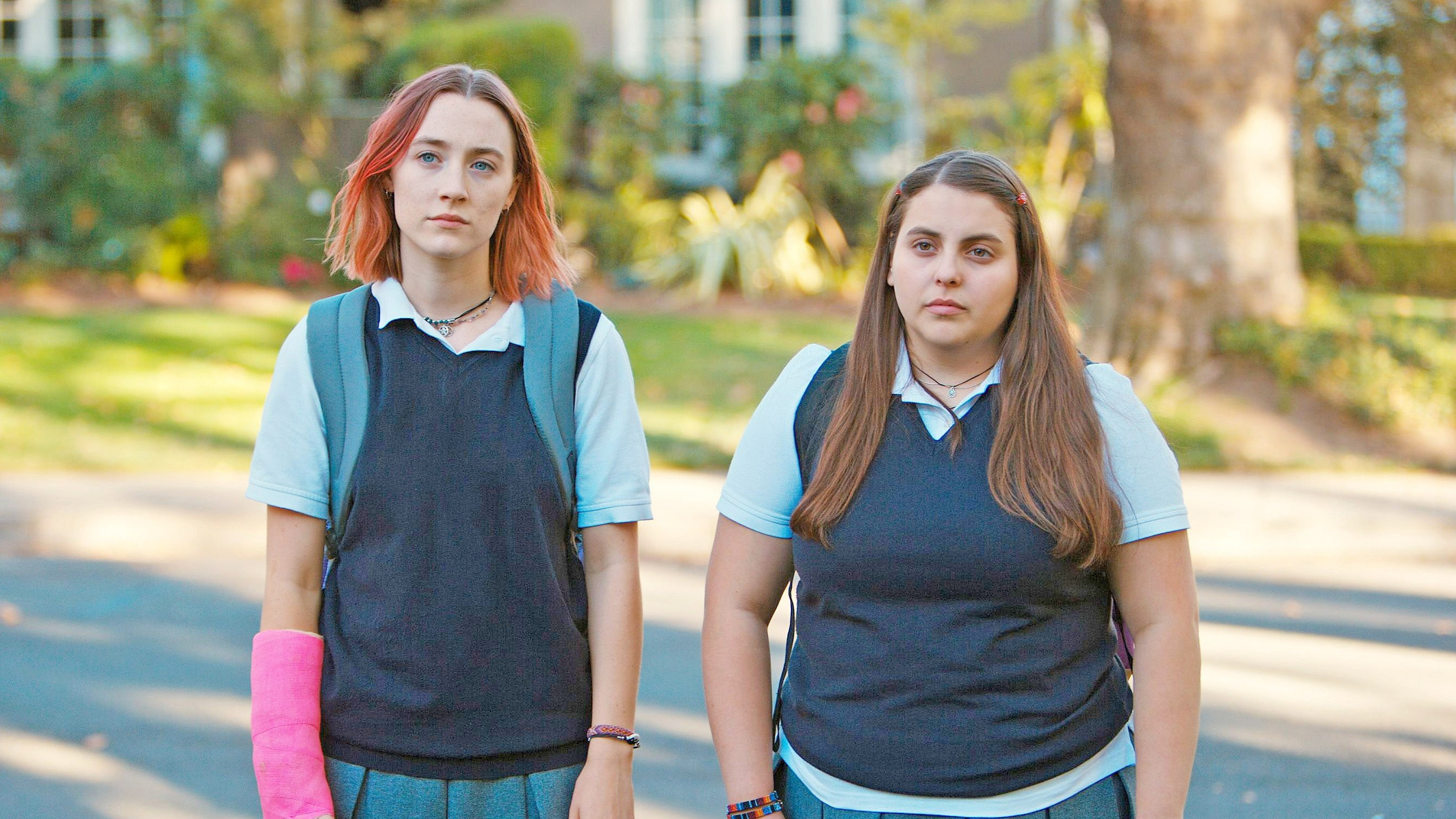 A deserving dark horse coming into the final furlong of Oscars ‘silly season’, Greta Gerwig enters the solo directorial fray with Lady Bird, a remarkably assured, occasionally heartbreaking portrayal of Sacrementan youth on the cusp of womanhood. Drawing on her own comparable upbringing in the same city, Lady Bird also functions as a satisfying semi-prequel to Frances Ha.

Saoirse Ronan plays Christine (a name she shares with Gerwig’s mother), a precocious senior student at a Catholic high school who dreams of going to college in New York’s metropolitan melting-pot. Now insisting she be addressed as ‘Lady Bird’, Christine constantly finds herself bickering with her overly critical mother (a brilliant Laurie Metcalf), is embarrassed by her reserved father (Tracy Letts) and is unlucky in love at almost every turn. However, unbeknownst to her mother, Christine is secretly planning her escape route out of Sacramento and towards the culture-drenched bohemia of the Big Apple.

While coming-of-agers – especially the American indie variety – are ten a penny, what Lady Bird really nails is the tunnel-vision of teenage angst. Christine is whip-smart, but pays little attention to the era-defining events taking place around here (set in 2002, the war in Afghanistan is in its infancy, while the scars of 9/11 remain raw). Instead, Christine is far more preoccupied chasing boys. A romance with drama class demigod Danny (Lucas Hedges) is short-lived, if emotionally rewarding, while falling for local heart-throb Kyle (Call Me By Your Name’s Timothée Chalamet) offers only adolescent philosophical musings (“I don’t like money, so I’m trying to live by bartering alone.”) and bedroom fumbling.

Fortunately, Christine has no shortage of help when it comes to picking up the pieces. A BFF to end all BFFs, Beanie Feldstein’s Julie provides the essential, grounded yin to our heroin’s social-climbing yang. Battling depression while at the same time doing everything in his power to support his family – even to his own detriment, on occasion – Christine’s father Larry functions as the at-home confident when the walls start closing in. However, it’s Christine’s relationship with her hot-and-cold mother that offers up the film’s best moments. The daughter of an abusive alcoholic, Marion works long shifts caring for society’s most vulnerable, but appears tragically unable to tap into her own offspring’s inner-workings. A farewell scene at an airport is, frankly, heartbreaking.

Remarkably now one of only five female filmmakers to be nominated for a Best Director Oscar, Gerwig’s future career behind the camera is off to a superb start. Though Lady Bird perhaps lacks that genuine streak of eye-catching innovation, what it does it does extremely well. If Richard Linklater, riffing on François Truffaut, offered up one of the 21st century’s best explorations of male rites of passage in Boyhood, Lady Bird  – while less ambitious in scope – should go some way towards offering a similarly rewarding, if at times painful nostalgia for female audiences.